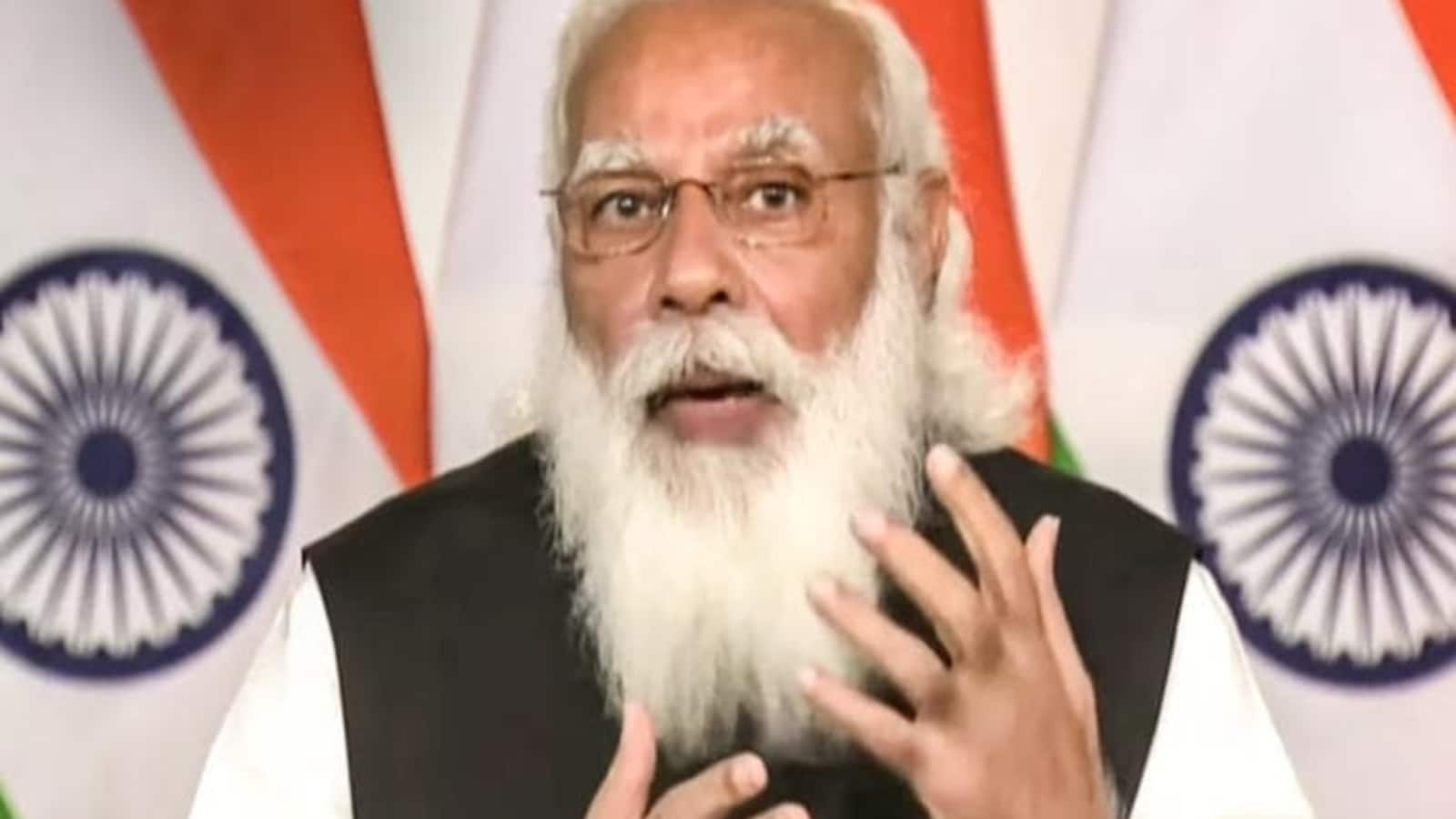 Prime Minister Narendra Modi on Sunday assured people that the central government is helping states overcome the Covid pandemic with all its “might” and urged citizens to get vaccinated at a time when the “storm” of infections has “shaken the country”.

The explosion of cases is “testing our patience; it is testing the limits of all of us at enduring misery…”, the Prime Minister said in his monthly radio address Mann Ki Baat, adding: “After successfully confronting the first wave of corona, the country was full of enthusiasm, full of self-confidence, but this storm has shaken the country.”

PM Modi’s remarks come at a time India has topped all global records of daily new cases and several states – including the national capital – are reeling under a massive caseload of infections amid scarcity of hospital beds and oxygen supplies. India on Sunday breached the 350,000 mark for daily Covid-19 cases, and daily deaths linked to the viral illness (at 2,808) neared 3,000 per day threshold, according to HT’s dashboard. Asserting that the Centre is backing the efforts of the state governments, Modi said: “The Government of India is applying its entire might to give a fillip to the endeavours of State Governments. The State Governments too are trying their best to fulfil their responsibilities.”

The Centre and state governments across the country have been criticised for being caught off-guard by the recent surge of infections. Last week, Delhi chief minister Arvind Kejriwal appealed to PM Modi to direct neighbouring states not to obstruct the supply of medical oxygen to the Capital city. The city administration has also sought the Centre’s help to get its full quota of oxygen supply to meet rising demand for the element that is crucial for the treatment of Covid-19 patients.

Hospitals and medical facilities across the Delhi-National Capital Region (NCR) on Sunday continued to send distress calls seeking replenishment of their oxygen stocks. A day before, a hospital in Delhi’s Rohini said 20 Covid-19 patients, mostly in the critical care unit of the facility, died as oxygen pressure dipped while they were waiting for their stock to be renewed.

Modi has chaired several high-level meetings to discuss boosting the supply of medical equipment and on Sunday, the Prime Minister’s Office announced that 551 oxygen generation plants financed by the PM CARES fund will be set up in states and Union territories across India.

Separately, the Centre also scrapped basic customs duty and health cess on oxygen and oxygen-related equipment to ease imports and ramp up supply.

In his 30-minute address on Sunday, Modi spoke to doctors, nurses and frontline workers who shared their experience and views on battling the viral illness that has infected over 17.3 million people in India so far.

He also said that the 76th edition of his address was focused only on the pandemic because the country’s “biggest priority is to defeat the disease”.

In this regard, he urged all people to get vaccinated at the earliest as phase 3 of the drive – covering all adults – begins on May 1, and warned against heeding rumours against inoculations.

“In this period of Corona crisis, all are getting aware of the importance of vaccine … so it is my appeal that don’t get swayed by any rumour about the vaccine… I once again urge all of you to get vaccinated and we also have to take full care. Dawai bhi, Kadai bhi – (get vaccinated and maintain all precautions),” Modi said.

The Prime Minister reiterated that people should avail the Centre’s “free vaccine” programme, which is “going on” and “will continue further” too.

From May 1, all people over the age of 18 will be eligible to get the coronavirus shots and the vaccines can be sold by manufacturers directly to the state governments and to private hospitals at pre-decided prices. Along with this, the central government will continue to procure vaccines and administer jabs for free at government-run medical facilities.

“I appeal also to the states to extend the benefit of this free vaccine campaign of government of India to maximum number of the people of their state,” he said, adding: “This time, for emerging victorious in this battle, we have to accord priority to expert and scientific advice.”

While Prime Minister Modi’s address was ongoing, Congress leader Rahul Gandhi launched an offensive with his “Jan ki Baat” tweet as he urged his party workers to provide aid to people at this difficult time.