Today, NOAA released the latest drought update for the U.S., through their Drought Monitor website.

The updated map for Washington State, shown below, indicates normal conditions for western Washington and the western side of the Cascades.

But east of the Cascades, it indicates large areas of moderate drought, severe drought, and even EXTREME drought.

I am very troubled by this drought depiction.  As demonstrated below, it simply doesn’t appear reasonable.

Such excessive drought depictions are frequently provided by this source.  A major issue is that media and politicians pay a lot of attention to the Drought Monitor graphic, and it serves as one source of the ever-present drought narrative that is constantly being thrown around on social and traditional media (see below from CNN). 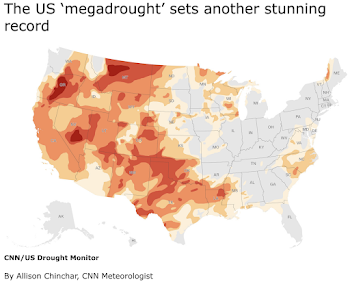 So is “extreme” or “severe” drought reasonable for eastern Washington…

Progress is crucial, but not at cost of god’s properties: HC...

cognizant: Cognizant revenue grows 11% in July-September even as attrition climbs...

Diwali 2021: India celebrates festival of lights under shadow of Covid-19