Twenty years after Pakistani regulars and the armed militants supported by it were bombed by Indian forces from the mountains in Kargil, Islamabad has been warned not to repeat its mistake by Indian Army Chief General Bipin Rawat.

General Bipin Rawat couldn’t have been more direct in his advice: “You will get a “bloodier nose,” he told Pakistan, if it chose to repeat Kargil-like misadventure.

“Don’t do it. Misadventures are normally not repeated. You will get a bloodier nose next time,” he said in a press conference when asked to articulate his message to Pakistan on the 20th anniversary of India’s victory in the Kargil war.

July 26 is celebrated as Kargil Vijay Diwas every year to mark India’s triumph over Pakistan on this day in 1999.

General Rawat suggested that Pakistan’s promises to act against militants and their networks couldn’t be trusted as it was only meant to secure international funding .

“There is a difference between talk and action. We all know the situation in Pakistan right now. We all know who controls the country. They are ready for anything to get money. Once they get it, they will do what they have been doing for the last so many years,” the Army Chief said.

General Rawat accused Pakistan of making “desperate attempt” to keep the Kashmir issue alive as it stood exposed sponsoring terror on Indian soil. “The world at large knows terrorists are trained in Pakistan and they have terror camps,” he stressed while adding that Islamabad supported militants with money and weaponry to the terrorists.

He further accused Pakistan of influencing people from across the border to join hands with the local youth to up the ante of terrorism. Radicalisation and social media were being extensively used to fuel trouble in Jammu and Kashmir.

Listing out the challenges faced by the Army, Rawat underlined that soldiers must and continue to remain empowered, as “it is the man behind the gun which matters if you want to achieve victory”.

“You have to ensure that he is well trained at all times. By providing him weaponry, ammunition and equipment for carrying out surveillance and other tasks, he is entrusted to perform. We are meeting this challenge very well as our soldiers are having very little demands,” he said.

The Army was prioritising its equipment,” he revealed before listing measures to modernize its inventory.

“Our focus is on Artillery weapon system, by 2020 we will get the Howitzers, K-9 Vajra is being manufactured in the country now and two Bofors like guns are also being manufactured locally. Simultaneously, we are inducting additional helicopters to expand our aviation fleet.” He said.

He said that the security forces will continue to man and guard the country’s borders from any threat, adding that support is needed so that the soldiers continue to be motivated to carry out their duties.

“I want to convey to our countrymen that you can be rest assured that any task given to defence services will always be accomplished no matter how difficult it is. Our soldiers will continue to man and guard our borders. So that you can sleep comfortably in your homes,” Rawat remarked.

He said that situation at the Line of Actual Control (LAC) is under control, stressing that peace and tranquility prevail along the border area.

“When there is any scope of escalation, meetings are held so that the situation is not allowed to escalate. The situation is very much under control. Mechanisms are in place, so that escalation of situation does not happen,” Rawat said.

The Army Chief underscored that through social media campaigns, the force has been reaching out to people in order to shun weapons and come to the mainstream.

“See, anybody who picks up the gun against the Army… The gun and the man will be separated. The man will go to the grave and the gun will be with us. But this is not the end of everything. We are reaching out to the people to shun the gun and come overground,” Rawat said.

“We have opened a number of goodwill schools. Let me tell you one thing. Not one person from the school has joined terrorism and not one person has become a stone thrower. We are giving the right education that your future lies in educating yourself, finding a good job for yourself and looking after the family,” he added.

Rawat said that the Army will support any personnel who has an issue with the NRC. “If a person has served in the Army, he will surely be taken care of. We will assist him with all the required paperwork,” he further said.

(With inputs from ANI)

Fauci takes first opportunity to throw Trump under the bus, 'The Five' reacts 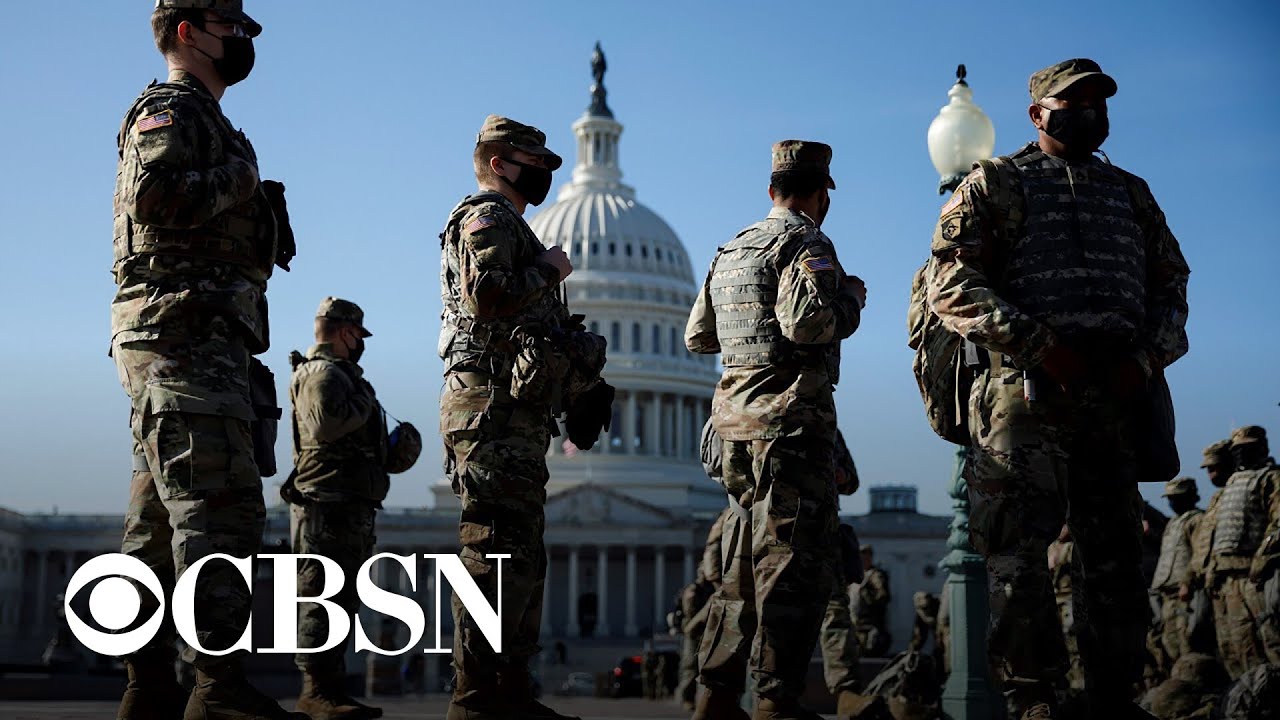 U.S. on high alert ahead of Inauguration Day