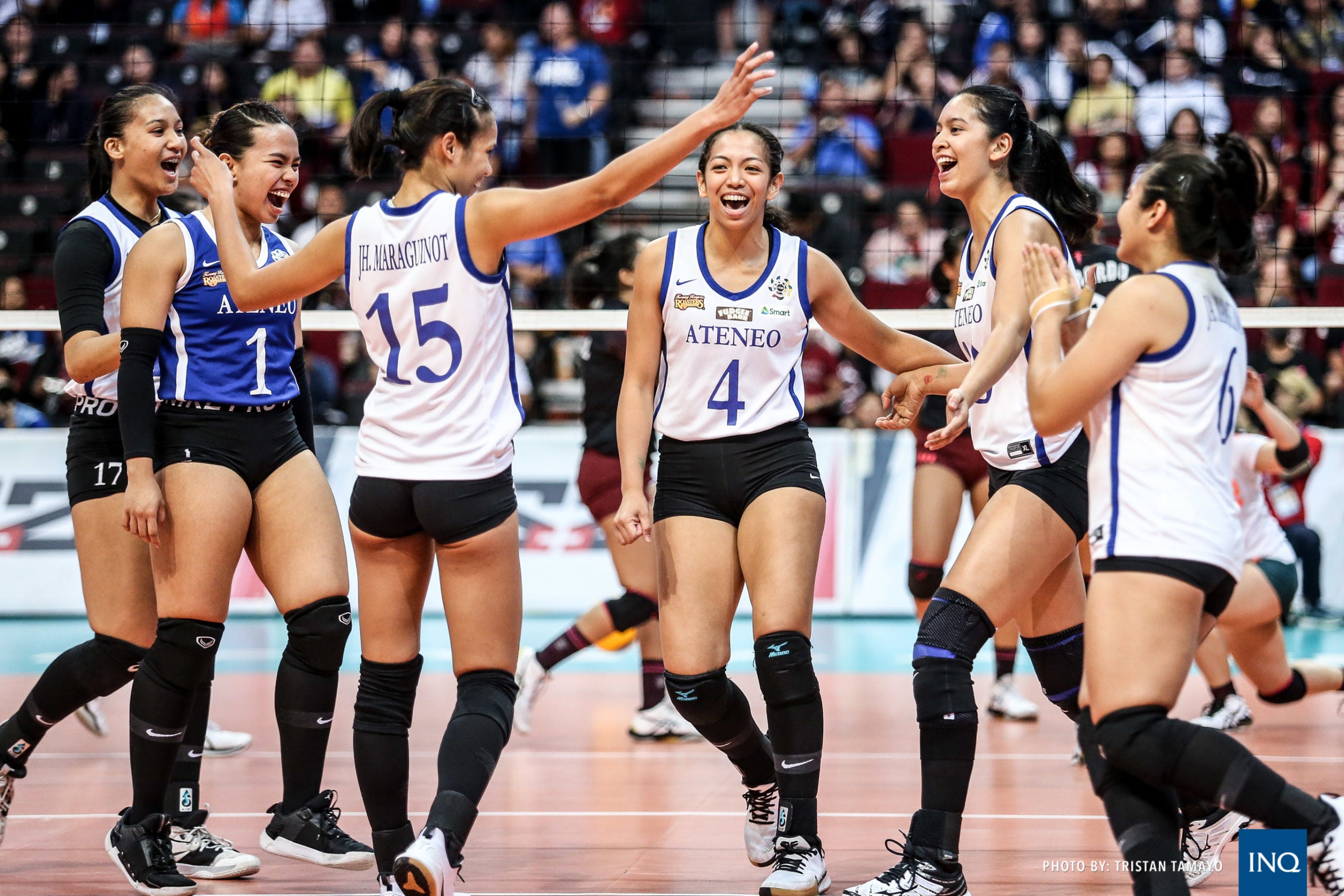 MANILA, Philippines—Ateneo hit the ground running on its quest for a second straight title, trampling on University of the Philippines, 25-13, 25-17, 25-23, Wednesday in the UAAP Season 82 women’s volleyball tournament at Mall of Asia Arena.

The defending champions Lady Eagles didn’t let up except late in the third when coach Oliver Almadro decided to shuffle his players before putting the game away.

Kat Tolentino uncorked 15 points for Ateneo, which also got 10 markers from rookie Faith Nisperos in her much anticipated debut.

There was no doubt about the Lady Eagles’ intention as they displayed power and cohesion despite a lineup shaken up with the departure of Maddie Madayag and the return of Jho Maraguinot.