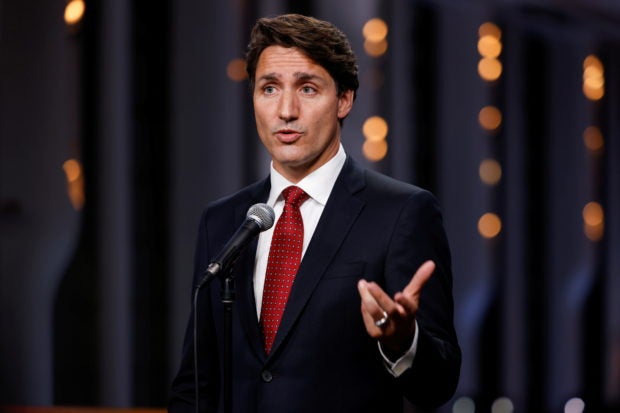 Canada’s Liberal Prime Minister Justin Trudeau speaks during a news conference after the last of three two-hour debates ahead of the September 20 election, at the Canadian Museum of History in Gatineau, Quebec, Canada September 9, 2021. (REUTERS)

HAMILTON, Ontario  – Canadian Prime Minister Justin Trudeau on Friday entered the crucial last stage of his reelection campaign after an inconclusive leaders’ debate in which he failed to land many blows on his main rival.

Trudeau, who heads a minority government that depends on the opposition to pass legislation, called the Sept. 20 election, two years early, in an effort to capitalize on his Liberal government’s handling of the COVID-19 pandemic.

But the 49-year-old leader, who has been in power for six years, has struggled to make a mark on the campaign trail amid voter fatigue and the public’s unhappiness with the early…

Search for Coronavirus Origins at a Standstill

China warns US climate cooperation at risk on political tensions

How Does it Benefit Your Health?

In first, SpaceX to send all-civilian crew into Earth orbit