Driven by winds exceeding 100 mph that rushed down the eastern slopes of the Colorado Front Range, a fire initiated by humans moved rapidly towards populated areas, with roughly 1000 homes lost, a number of businesses destroyed or damaged, and two people unaccounted for. 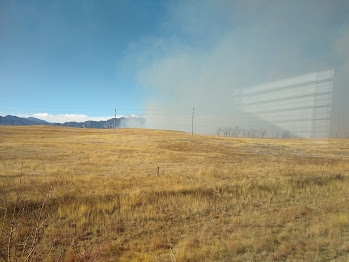 Large areas of dry grass surrounded the burning homes and businesses of Superior, CO and nearby Louisville.

Within hours of the event, several media outlets including the Washington Post, the Seattle Times, National Public Radio, NBC News, and Axios (to name only a few), were making broad claims that the fires were the result of global warming (or “climate change” in the modern vernacular) or that global warming played a major role.

Lakhimpur Kheri violence: UP cops get remand of minister’s son for...

Gene-edited crops may be 5 years away from sale in the...

Winter Olympics: Behind the bubble in Beijing

Australian Open: Medvedev hits out at low IQ fans as he...