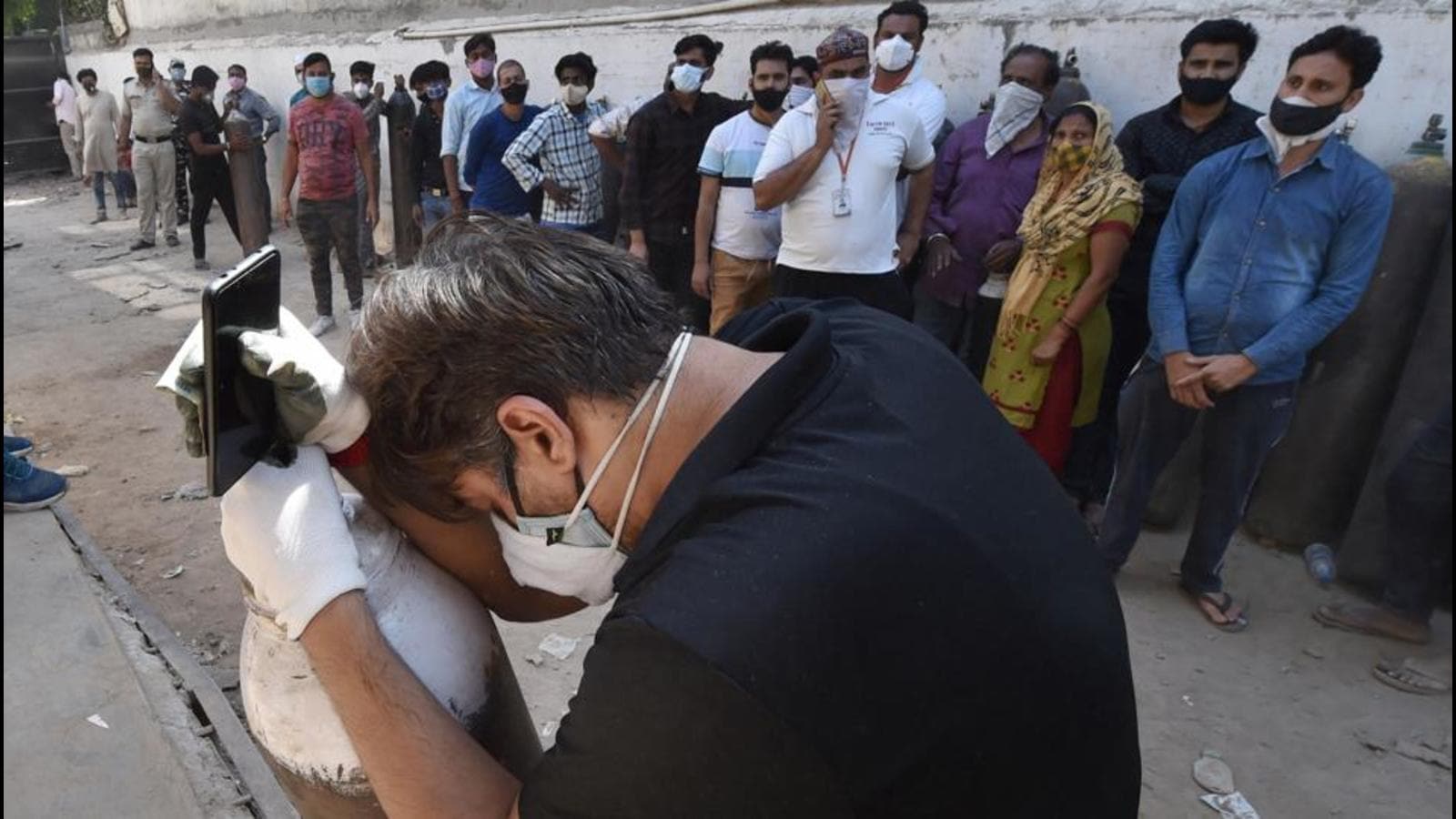 The US will rapidly provide support to help India’s Covid-19 response amid mounting calls from lawmakers and businesses for the Biden administration to do more and criticism from some quarters for what is being seen as Washington’s lethargic reaction.

The European Union (EU) and Germany said on Sunday they were mobilising aid to support India following a huge surge in Coronavirus infections that has stretched medical facilities across the country and resulted in shortages of oxygen.

Canada, Pakistan and Iran too said they were ready to supply equipment and medical supplies to help India tackle the crisis caused by a second wave of infections.

India recorded more than 300,000 Covid-19 cases for the fourth straight day on Sunday. Official data showed 349,691 infections were detected across the country since Saturday, while the death toll crossed 192,000.

The first expressions of support by senior members of the Biden administration came in the form of tweets by secretary of state Antony Blinken and National Security Adviser Jake Sullivan late on Saturday night.

“Our hearts go out to the Indian people in the midst of the horrific COVID-19 outbreak. We are working closely with our partners in the Indian government, and we will rapidly deploy additional support to the people of India and India’s health care heroes,” Blinken tweeted.

Shortly after, Sullivan tweeted: “The US is deeply concerned by the severe COVID outbreak in India. We are working around the clock to deploy more supplies and support to our friends and partners in India as they bravely battle this pandemic. More very soon.”

Blinken and Sullivan didn’t give specifics of the support. The Biden administration has faced mounting calls to do more on several fronts related to the crisis in India, and criticism for not acting more speedily in the case of a strategic partner.

Lawmakers from the House of Representatives and Senate – all Democrats – called on the administration to back a proposal by India and South Africa at the World Trade Organization to grant a temporary waiver from intellectual property rights to Covid-19 vaccines to make them easily accessible.

There is also the issue of raw materials for making Covid-19 vaccines, raised mostly by Indian companies with growing popular support. US suppliers of these items are required to prioritise orders from American buyers after President Joe Biden invoked the Defense Production Act.

The Serum Institute of India has called for the US to “lift the embargo” on raw materials and the matter has been discussed by external affairs minister S Jaishankar with Blinken, while foreign secretary Harsh Shringla raised it with deputy secretary of state Wendy Sherman. The US side has promised to “give the matter due consideration”.

US experts, however, believe the Biden administration should do more.

“Tweetments are good, action is better. Time is crucial here,” said Vipin Narang, associate professor of political science at the Massachusetts Institute of Technology, referring to the tweets by Blinken and Sullivan.

Christopher Clary, assistant professor of political science at the University at Albany, described the US response to India’s coronavirus outbreak as “lethargic and inadequate”.

“It has been insufficient given the scale of the suffering and inconsistent with our aspirations for the US-India relationship. I hope and expect Washington to do more in the coming days because it is our moral obligation to help a friend in need and it is in our strategic interests not to be seen as unreliable during India’s time of crisis,” Clary said.

“As a former US government official, I am embarrassed and puzzled by the slow response,” he added.

The US Chamber of Commerce called on the Biden administration to release millions of AstraZeneca vaccine doses from its stockpile, which the US is unlikely to use because Pfizer-BioNTech, Moderna and Johnson & Johnson shots will more than meet its needs. The US has also not authorised the AstraZeneca shot.

Vinod Khosla, a Silicon Valley tech billionaire and investor, and Raja Krishnamurthi, an Indian American Democratic lawmaker, echoed that call. Khosla offered to fund oxygen supplies for India. “I’m willing to fund hospitals in India that need funding to import bulk planeloads of oxygen or supplies into India to increase supply,” he tweeted.

German Chancellor Angela Merkel, who caused a stir in New Delhi last week with her criticism of the slowdown of vaccine exports from India, expressed solidarity in the “common fight” against Covid-19 and said Germany was preparing a “mission of support”.

Lenarčič, responsible for EU’s humanitarian aid and the European emergency response coordinator, said the support was being provided in response to a request from India.

“Upon request for assistance by #India, we have activated the #EU Civil Protection Mechanism. The [EU] will do its utmost to mobilise assistance to support people of [India],” he tweeted.

“To the people of India I want to express my sympathy on the terrible suffering that Covid-19 has again brought over your communities. The fight against the pandemic is our common fight. Germany stands in solidarity with India and is urgently preparing a mission of support,” Merkel said in her message.

People familiar with developments said on condition of anonymity that details of aid to be provided by EU and Germany were in the final stages of being worked out and a clearer picture would be available by Monday. The EU, through its Civil Protection Mechanism, helps coordinate the response to emergencies in Europe and beyond.

Canada’s public services minister Anita Anand told a news conference on Saturday that Ottawa has communicated its willingness to assist New Delhi. “We will stand ready with PPE (personal protective equipment) and ventilators and any items that might be useful for the government of India,” she said.

Anand was quoted by the outlet Global News as saying that the Canadian government was in touch with India and through its envoy in New Delhi, Nadir Patel, “about a number of options that may be on the table for us to assist”.

“The concerned authorities of Pakistan and India can work out modalities for quick delivery of the relief items. They can also explore possible ways of further cooperation to mitigate the challenges posed by the pandemic,” the statement said.

Iran’s health minister Saeed Namaki offered help in a letter sent to his Indian counterpart Harsh Vardhan. “The government and people of Iran are ready to spare no technical assistance, expertise and equipment in these difficult days and at the height of the plight of the dear citizens of India with the Covid-19 epidemic,” he said.

Since Saturday, Indian military aircraft and ships have been used to transport special oxygen tanks, cylinders and liquid oxygen from countries such as Singapore and Saudi Arabia.