NEW DELHI: The first day of the second phase of the Common University Entrance Test for undergraduate courses — CUET(UG) — was marred by several technical glitches, so much so that the National Testing Agency (NTA) conducting the crucial test for admissions to all central many state university colleges had to postpone the exams.

Candidates in the morning slot at 41 centres across 29 cities and 17 states/Union territories were sent back due to “technical problems”. The glitches were more widespread in the afternoon slot as the general test paper didn’t get uploaded on the screen, forcing the NTA to cancel the entire second shift of the exam at over 400 centres. 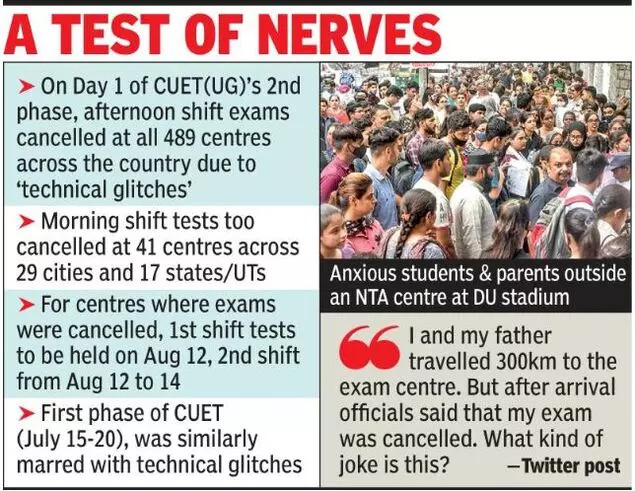 You have successfully cast your vote

In the evening, the agency announced that the postponed first shift exams will be conducted on August 12 and the second shift exams from…

Offline round for MCom admissions begins from today

LIC IPO to likely to open on May 4: Report