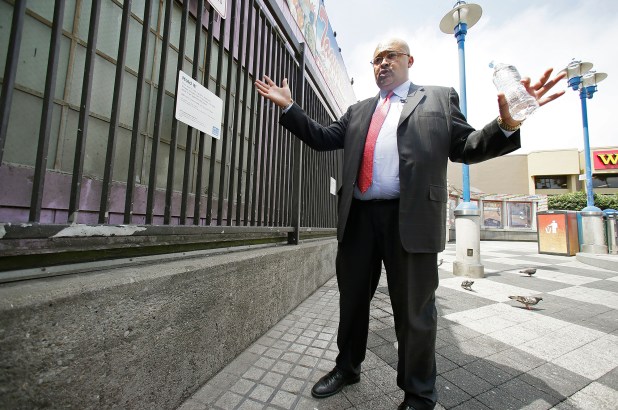 Mohammed Nuru, then director of San Francisco’s Public Works Department, shows how repellent paint on walls deter people from peeing on them on July 30, 2015.

The disgraced former director of San Francisco’s Public Works Department was arrested for allegedly trying to rob a man of potato chips with a kitchen knife, police sources said Thursday.

Mohammed Nuru, 58, allegedly whipped out the weapon and demanded the unnamed worker’s bag of snacks at a food bank at 11:15 a.m. on Wednesday — prompting the victim to flee and call 911, a city police source told the The Post.

The victim first reported that Nuru, who was indicted on corruption and bribery charges in January, was potentially mentally disturbed, police said.

Nuru has claimed that he “meant it as a joke,” the…