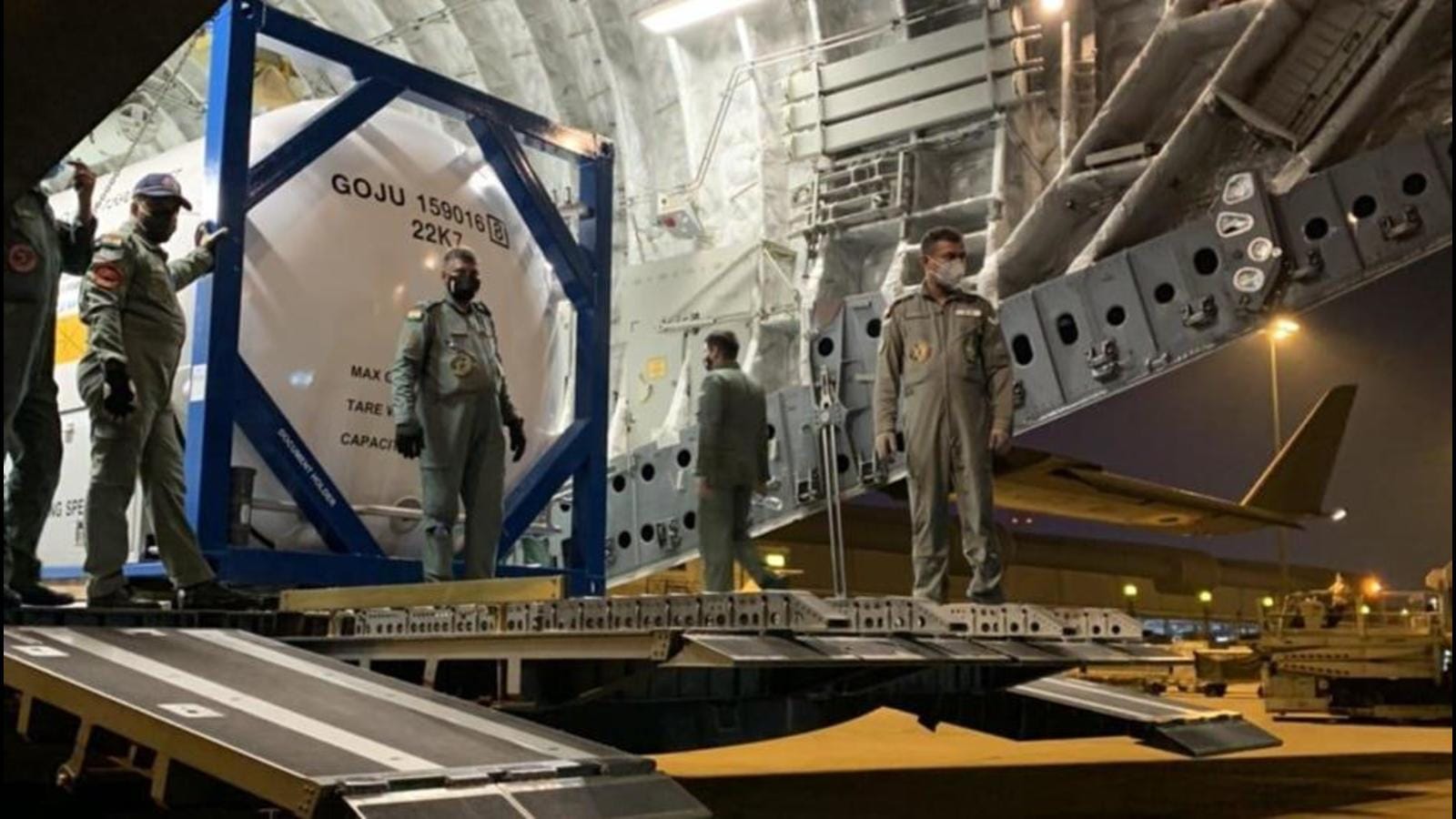 With the first consignment of US support materials for India’s Covid-19 response expected to arrive by Friday, people familiar with developments said on Wednesday that India has sought ready-to-use vaccines from the Biden administration.

The government’s international procurement programme is currently focused on critical medicines such as Remdesivir and oxygen-related equipment, especially concentrators, cylinders and large and small liquid oxygen tanks, that can be used to ramp up the supply of oxygen across the country.

The first Russian consignment of support materials too is expected to arrive in the country on Thursday and the first batch of the Russian Sputnik V vaccine is set to reach India by the end of the month, the people said on condition of anonymity.

Details of the first consignment being sent by the US are still being worked out, though it is expected to contain a mix of equipment and supplies and some of the materials that could be sourced from US military bases in different parts of the world, the people said.

Asked about reported comments by senior US officials at a recent background briefing that India hadn’t made any request for ready-to-use vaccines from the Biden administration, the people said this matter was raised on a couple of occasions with the American side.

“The Indian side has said it would be useful to have US vaccines, may not be specifically the AstraZeneca vaccine, since India now has a fast track mechanism for approving vaccines. The US is aware of our interest in procuring vaccines, AstraZeneca or otherwise,” said one of the people cited above.

The people also noted that the US does not currently have a large stockpile of the AstraZeneca vaccine – some 10 million doses had been produced so far and about 50 million doses are expected to be manufactured in May and June. There is also no clarity on how many doses from this stockpile will be provided to the country though President Joe Biden has himself mentioned that some of it will be sent to India, the people said.

The Indian side has managed to get support from a large number of people in the US, including the administration, members of Congress and private businesses, and this is expected to be reflected in the materials that are set to arrive in the coming days, they said.

India’s missions around the world are focusing on procuring critical medicines such as Remdesivir, Tocilizumab, and Favipiravir, and the Indian side’s ability to convinced pharmaceutical major Gilead to donate 450,000 doses of Remdesivir is being seen as a “big success”. More supplies of Remdesivir are also expected from other countries, the people said.

The current focus on oxygen-related equipment such as concentrators and cylinders is because it is difficult to import oxygen. “Liquid oxygen can’t be airlifted and has to be brought in by ship. Even there, we need special cryogenic tankers and their numbers are limited across the world. So far, there is one commercial shipment coming from Saudi Arabia,” said the first person cited above.

Large oxygen generating plants, such as the ones being sent by Germany and France, are useful though they need considerable time to be installed and set up, the people said. On the other hand, large and small liquid oxygen tanks can help move the commodity from points of production to healthcare facilities across the country, they added.

The people said there had been no formal response to offers of assistance from Pakistan and China. There are no problems with commercial procurements from China by private Indian firms, such as the purchase of large numbers of oxygen concentrators from Hong Kong, the people said.

The Indian government, especially the external affairs ministry and health ministry, is accelerating the procurements from abroad by relaxing import procedures and waiving duties and also ensuring the supplies speedily reach the places where they are needed the most and are also used properly, the people said.

All supplies from foreign governments and partners are being routed through the Indian Red Cross Society and countries are also free to provide aid directly to NGOs or other entities in India. The people reiterated that there had been no international appeal for assistance and India was looking to procure specific products from around the world.