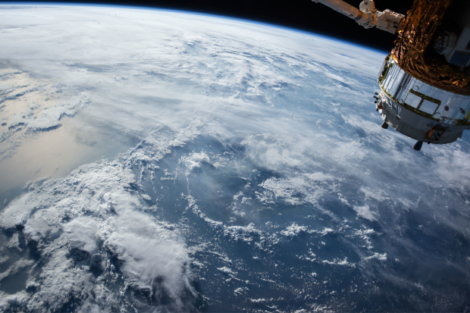 A five-hour launch window for “Inspiration4” opens from 8:02 pm (0002 GMT Thursday), and weather conditions remain good with an 80 percent chance of launch, according to official forecasters.

A Falcon 9 rocket, with a Dragon capsule at its top, will blast off from the legendary launch complex 39A at NASA’s Kennedy Space Center in Florida, where the Apollo 11 mission once took off for the Moon.

The spaceship’s trajectory will take it to an altitude of 357 miles (575 kilometers), which is deeper into space than the International Space Station (ISS).

After spending three days orbiting the globe, the four-person crew, all Americans, will splash down off the Florida coast.

“The #Inspiration4 launch reminds us of what can be accomplished when we partner with private industry!” tweeted NASA administrator Bill Nelson ahead of the launch.

Here are the Astronomy Photographer of the Year winners

Hailey Baldwin Wears A White Bikini In The Rain With Justin...