Ronit Roy, Mona Singh and Gurdip Kohli are all set to return with the third season of his successful web show, Kehne Ko Humsafar Hain. The trailer of the new season is out and seems to be a heavily loaded emotional drama which challenges the norms of marriage, relationships, and love. Apurva Agnihotri and Aditi Vasudeva are also seen in prominent roles.

The trailer picks up with the changes in the lives of the protagonists after a leap of four years. Rohit, who is in the role of Rohit Mehra, is living a responsibility-free life. With nothing to lose, he goes on bike rides or gets into mindless relations with younger women. His first wife Poonam (Gurdip) has moved on and is leading a happy married life with Abhimanyu. His second wife Ananya (Mona) is a successful businesswoman and mother of a three-year-old who doesn’t want her child to have his father’s surname.

The trailer showcases the emotional trauma Rohit’s daughters go through due to his reckless behaviour. Bani and Nikki, daughters of Rohit and Poonam, had faced a lot of trouble due to their parents’ failed marriage. All hell breaks loose as one of them decides to get married which brings all of them together. More chaos is expected as Rohit has some eventful encounters with Ananya’s and Poonam’s husbands.

Speaking about the new season, Ronit said, “I had a feeling that this show would appeal to the audience but had never imagined it to become such a huge success. Absolutely grateful to the audience for showering their love for our earlier 2 seasons and making season 3 possible. To my audience I’d like to say, get ready for a banging season with shocking revelations and all shades of grey lined with silver! I hope you guys have as much fun as we had while shooting it. You don’t want to miss this one for sure”

Also read: Mukesh Khanna on his struggle before Mahabharat: ‘People labelled me as a flop actor, I was deeply disappointed’

Gurdip opened up about the change her character has undergone since the first season. She said, “In this season, viewers will get to see a new Poonam and her many shades. With an already failed marriage and after getting remarried to a much younger person, there is still a sense of insecurity that hounds her. I am delighted to have played a role that has changed so much over the three seasons. The show has once again dealt with relationships and emotions in such a mature manner that I am sure the audiences will love it.”

Kehne Ko Humsafar Hain season 3 will arrive on the streaming platforms ALTBalaji and ZEE5 on June 6. Preksha Mehta’s father says actor was restless due to lockdown: ‘We had no idea she will take such a drastic step’ – tv

Audient’s EVO 4 is a sleek, modern USB audio interface with...

That Widely Shared Study About Hamsters Doesn’t Actually Have Them Wearing...

Can You Get the Virus From a Surface?

Audient’s EVO 4 is a sleek, modern USB audio interface with...

That Widely Shared Study About Hamsters Doesn’t Actually Have Them Wearing... 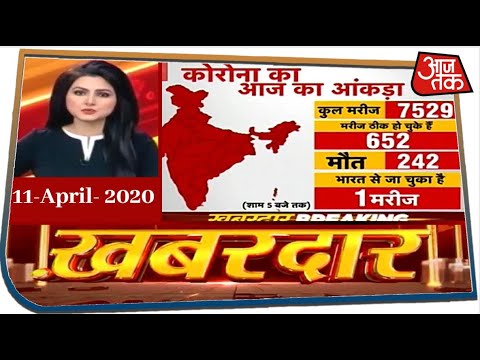 Can You Get the Virus From a Surface? Tokyo Olympics just beginning the race to reset themselves