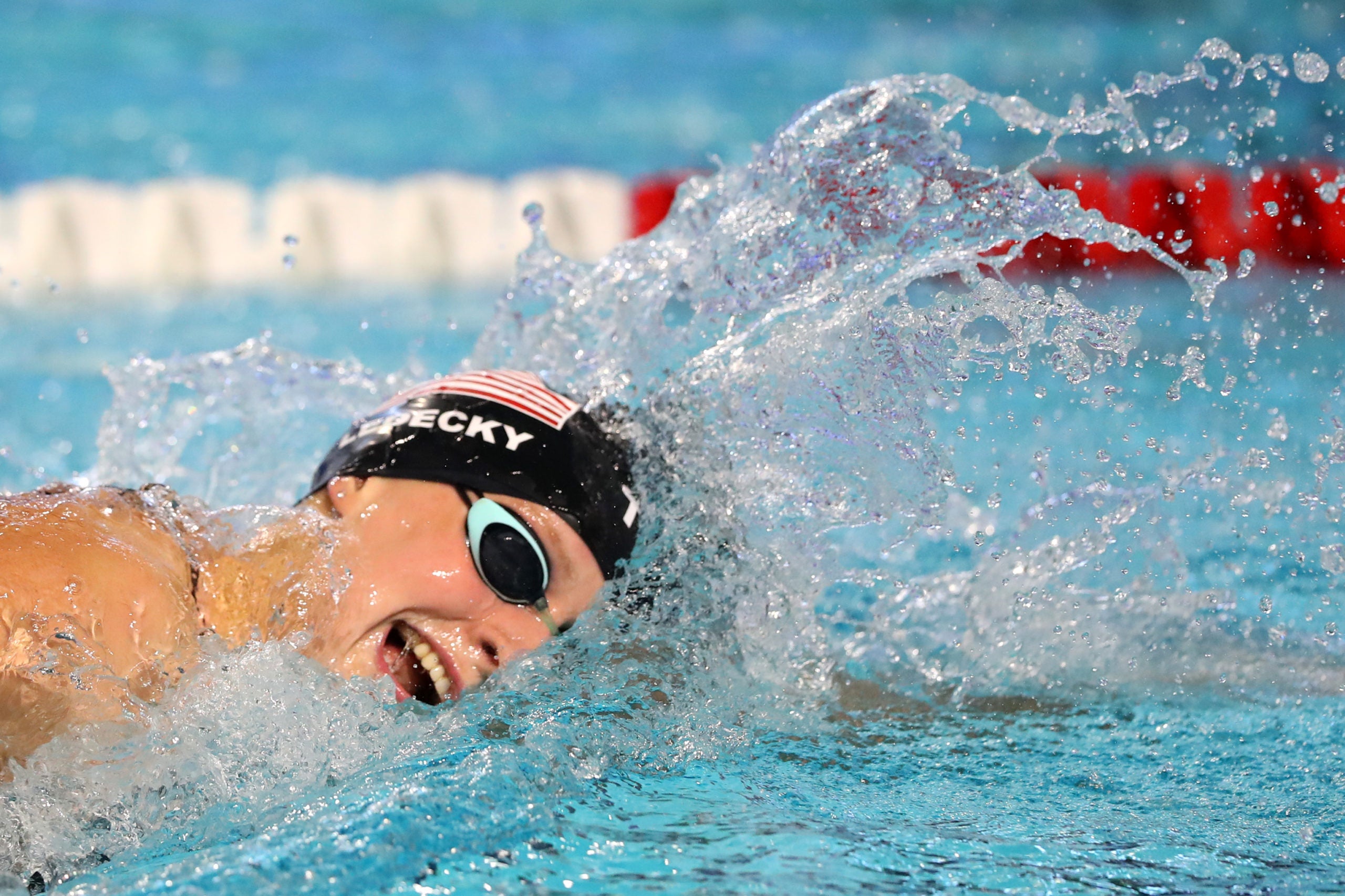 DES MOINES, IOWA – MARCH 04: Katie Ledecky competes in the Women’s 1500 Meter Freestyle on Day One of the TYR Pro Swim Series at Des Moines on March 04, 2020 at the MidAmerican Energy Aquatic Center at the Wellmark YMCA in Des Moines, Iowa. Maddie Meyer/Getty Images/AFP

US freestyle great Katie Ledecky, looking forward to the Olympic debut of the women’s 1,500m free in Tokyo, clocked the fifth-fastest time ever in the event with a 15min 29.51sec at the Pro-Swim Series meeting in Des Moines, Iowa.

Ledecky, who set the world record of 15:20.48 on May 16, 2018, owns the top 10 times in the event and is the heavy favorite to take the first Olympic gold awarded at the distance for women.

“I’m really excited about it coming to the Olympics,” Ledecky said. “Obviously I want to do really well in that event this year, so at the moment I’m really trying to set myself up well for it.”

A stomach ailment forced Ledecky out of the 1,500m free at the 2019 World Championships in Gwangju, where she had been slated to go for a fourth consecutive title.

She said Wednesday’s performance showed she was on track in her preparations for the US Olympic swimming trials in June and the Tokyo Games that start July 24.

“It was good,” said Ledecky, whose five Olympic gold medals include the 200m, 400m, and 800m freestyles at Rio in 2016. “I thought I would have a good time based on what I was going in training. It’s six seconds faster than I was in December, so it’s good to see progress there.”