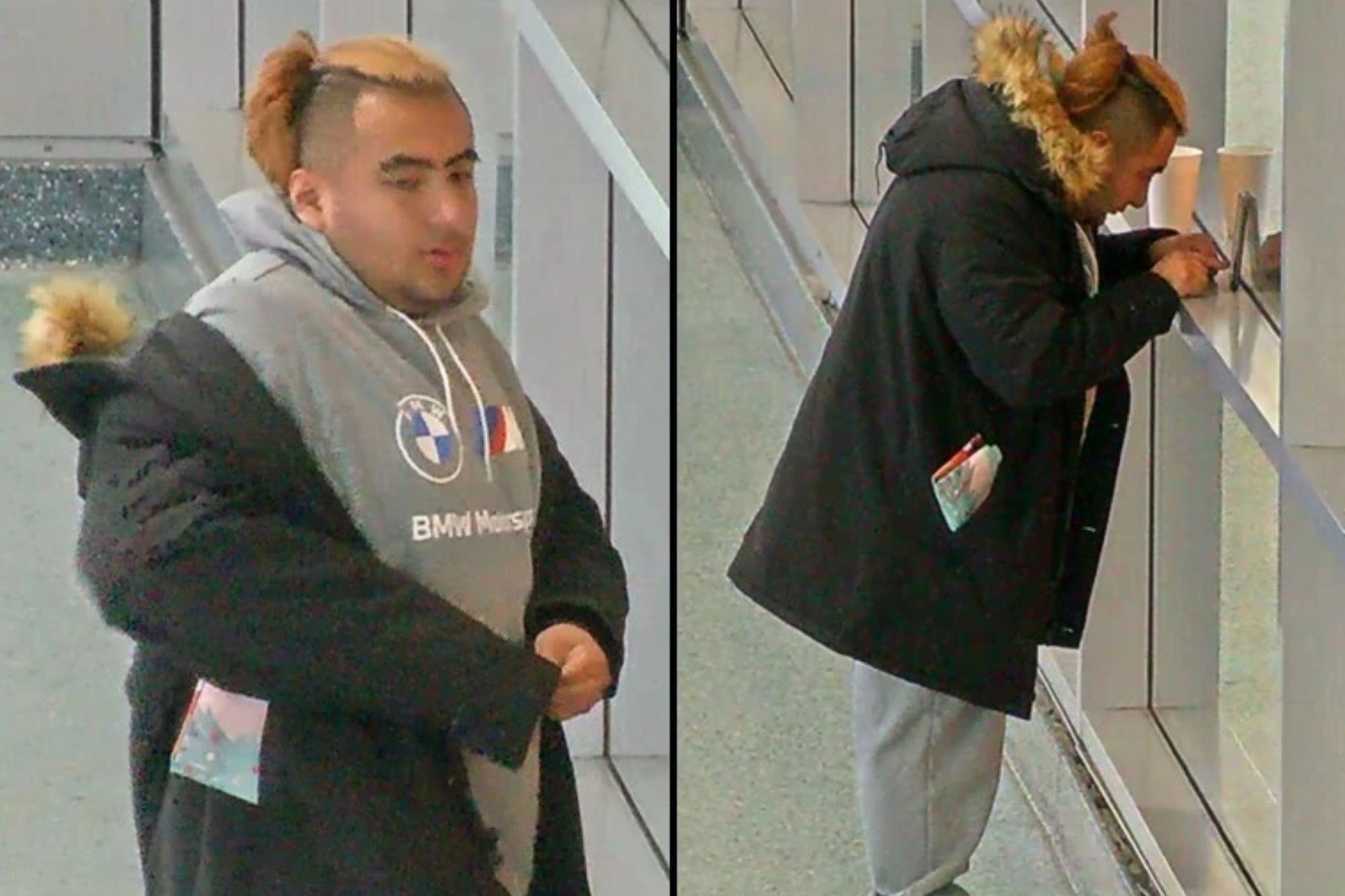 Cops are looking for a man who tried to rape a woman on a moving subway train in lower Manhattan last week.

The creep sat next to the 24-year-old straphanger on a northbound 4 train and then removed his pants and underwear just before 11:30 p.m. last Thursday, police said.

He got on top of the woman, put his hands on her body and attempted to pull down her skirt, according to the NYPD.

The victim was able to fight the assaulter off of her. She fled to another train car.

Her attacker, meanwhile, ran off the train at the Bowling Green subway station and then boarded a ferry to Staten Island, cops said.

Police said the suspect is between 25 to 35 years old, with bleached blond hair and a right eyebrow piercing. He was last seen wearing a black winter jacket with a fur-trimmed hood, a gray BMW hoodie, gray BMW sweatpants and white sneakers.