Today will bring 90s a significant portion of western Washington and some daily high-temperature records will be broken, with many locations getting into the low to mid-90s.  Tomorrow will be 10F cooler, but the real threat will occur later tomorrow in eastern Washington where very threatening conditions regarding wildfire initiation and growth are probable.

Let’s start with a graphic I have never shown you before:  the difference in temperature between yesterday and today (for 10 AM).  Warming by 2-12 F over the eastern side of Puget Sound, but cooling along the coast.  Consider that many locations in western WA surged into the mid to upper 80s yesterday, low to mid-90sF is guaranteed for today.   On the other hand, the cooling on the coast is important reflecting lots of low clouds and beginning of the inland movement of marine air. 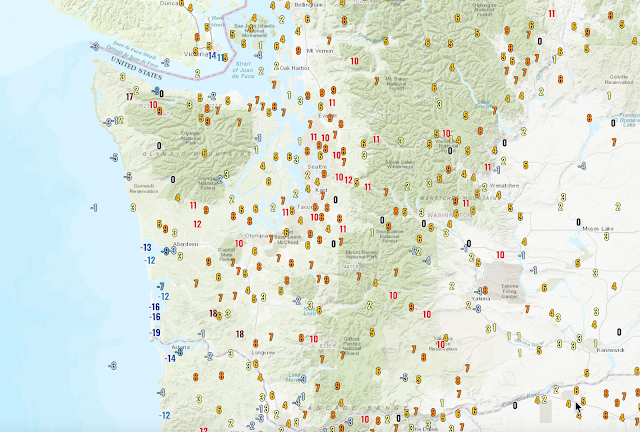 But now the threat.   I have spent a lot of time on wildfire meteorology lately (I have an NSF grant to work on it), and just finished the NW wildfire chapter of my NW weather book (available next March!).    A situation that has recently produced dangerous wildfire conditions in eastern Washington is the one we are about to experience.

You start with a period of warm, dry conditions–and we have had it, with temperatures rising to 100F in eastern Washington.  Light fuels (e.g., grasses , bushes) are dry and dangerously dry fuels extend to roughly 3000 ft.  A measure of this dryness is shown by the USFS map of the Fire Potential Index (FPI), an estimation of the fire potential of deal and live fuels.   High values are found at lower elevations on the eastern slopes of the Cascades.  Still moist at higher elevations (something I confirmed while hiking yesterday). 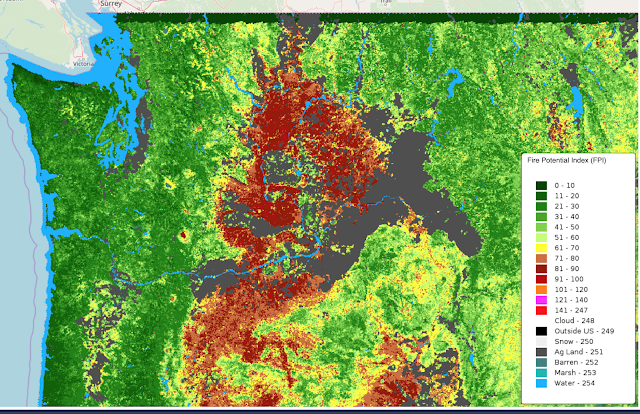 Marine air will surge into western Washington tonight and tomorrow morning, and in doing so, will increase the low-level atmospheric pressure.  Warmth and low pressure will remain on the east side (warming produces lower pressure), and as temperatures warm tomorrow the pressure difference  across the Cascades will increase.

Dr. Brian Potter of the USDA Forecast Service devised an index called Hot-Dry-Windy that indicates dangerous areas for wildfires.  My group creates this graphic operationally, being driven by our high-resolution prediction model.   Take a look at the graphic for 5 PM tomorrow.  Some very high values (red and yellow) in areas that are quite dry.

There is already some fires in eastern Washington (see below). 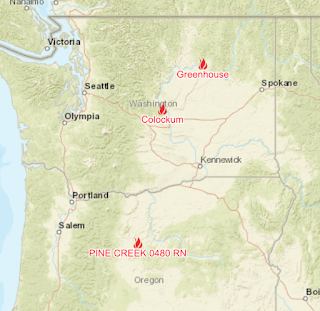 Will there be more fires tomorrow?  That depends, of course, of whether there will be a source of human ignition (there won’t be lightning).  But if a fire gets started, it could expand rapidly and dangerously…and, of course, the current fires could expand.  I just had an email exchange of Josh Clark of Washington DNR and they are fully cognizant of the dangers. 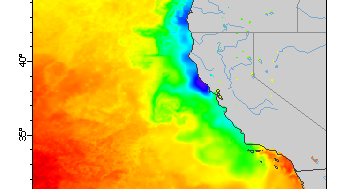 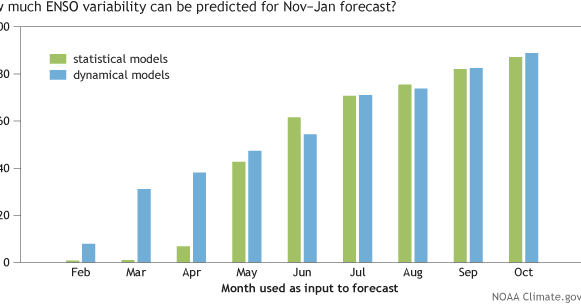 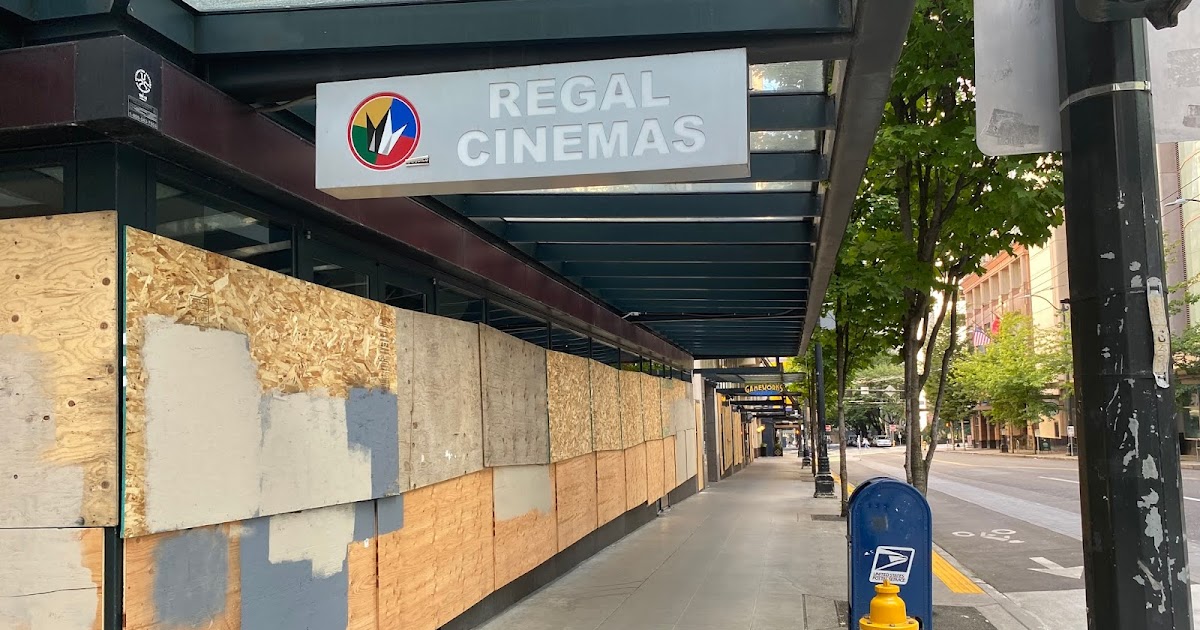