Lawal was originally fighting London rival Deion Jumah for the vacant championship. But Jumah tragically suffered an injury in sparring. He detached the retina in his eye, the second time he has suffered such an accident. Not only did he have to pull out of the fight but he has had to end his career and retire.

“It’s sad news at the end of the day. Even though there was bad blood between me and him I would never wish that on anyone,” Jumah told Sky Sports. 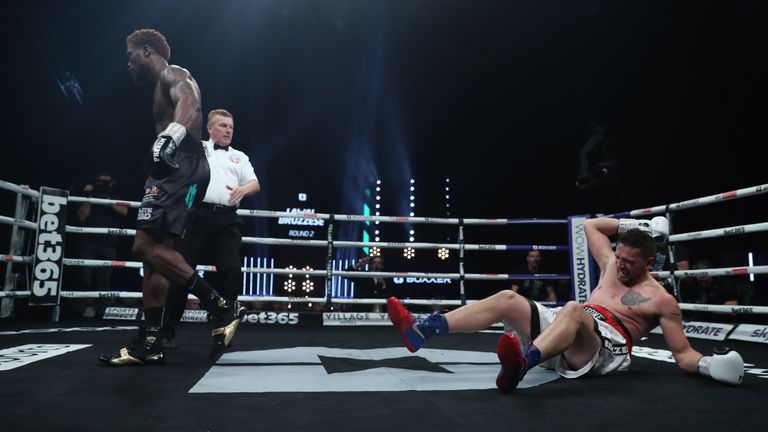 Lawal extended his unbeaten run at cruiserweight with a thunderous…

Ukraine has retaken 1,000 square kilometres in a week – Zelensky

How LA became a hotbed for terrifying ‘follow home’ robberies

Chip shortage: ASML factory fire could be another blow to global...

Why England can dream of World Cup glory even with France...