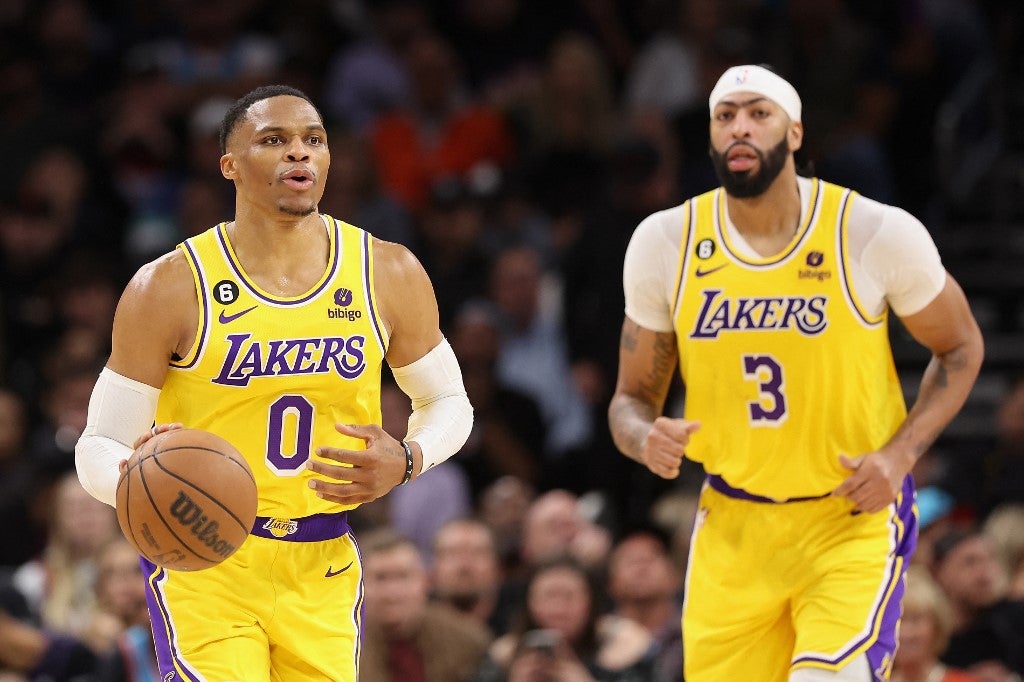 Russell Westbrook #0 of the Los Angeles Lakers handles the ball alongside Anthony Davis #3 during the second half of the NBA game at Footprint Center on November 22, 2022 in Phoenix, Arizona. The Suns defeated the Lakers 115-105. Christian Petersen/Getty Images/AFP

The Los Angeles Lakers will be in search of their first road win of the year and hope to have LeBron James back to help Friday when they square off against the struggling Spurs in the first of back-to-back games between the teams in San Antonio.

The teams played in Los Angeles on Sunday with the Lakers cruising to a 123-92 win despite playing without James. James traveled with the team for its three-game Thanksgiving road trip and is expected to play in at least one of the two-games-in-two-nights set in San Antonio.

Kylie Jenner Sunbathes In Bikini As She Enjoys A Pina Colada...

Battery made of crab shell and zinc is rechargeable and biodegradable