The government said on Wednesday flights arriving from coronavirus-affected areas to Delhi’s Indira Gandhi International Airport will be staggered to facilitate the hassle-free mandatory screening of passengers.

The new rules were unveiled after complaints by passengers, who said they faced long waits, confusion and delays in the screening process. Some posted videos and comments on social media, saying the completion of all formalities took as much as six hours. One undated video that went viral showed a distraught passenger asking authorities to “shoot us”.

Others alleged groups of passengers were put in a common hall, which could spread the coronavirus infection. 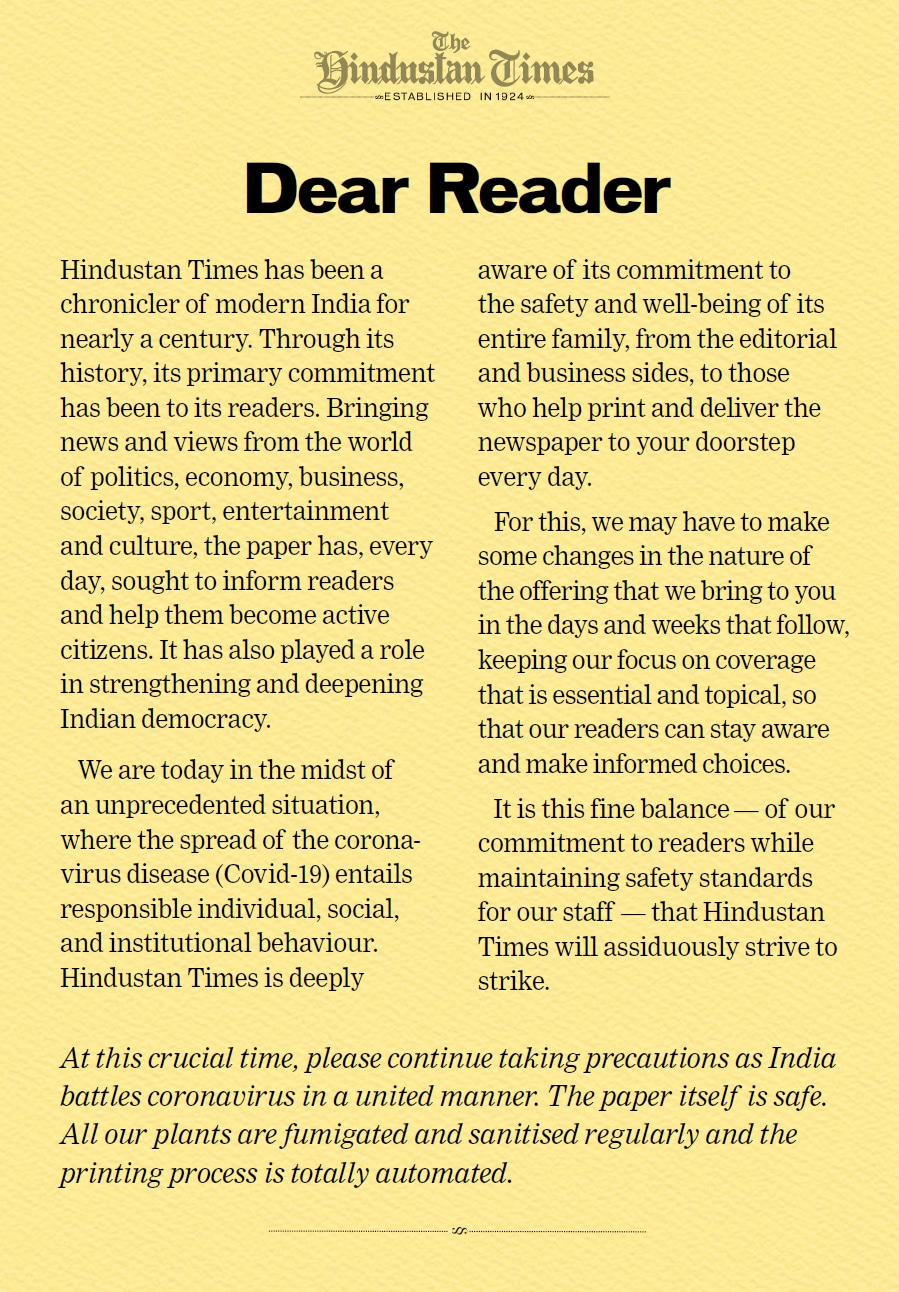 The escort teams, to be present round the clock, will assist passengers in baggage claims and customs clearance. The teams will remain with the passengers till their final examination by the Delhi government’s health department inside the airport, a senior Delhi government official said on condition of anonymity.

Those at high or moderate risk will be given their passports only after they complete the mandatory 14-day quarantine in a government facility, while those at low risk, who have to undergo home quarantine for two weeks, will get their passports at the end of formalities at the airport.

This reiteration comes following complaints from passengers, who criticised the government’s move of seizing passports. The administration has said this is necessary to ensure compliance with the mandatory screening and 14-day quarantine.

The SOP, prepared during a meeting chaired by special secretary (health) Sanjeeva Kumar and held at Nirman Bhawan, states the government is exploring the possibility of stamping the hands of passengers with “home quarantine stamps”, as is being done in Maharashtra.

“These passengers will be linked to the IDSP (integrated disease surveillance programme) surveillance system. Delhi government would depute Delhi state IDSP team for this purpose,” the SOP states.

An airport official said under the SOP, all flights arriving from Covid-19-affected countries will land with gaps of 30 to 40 minutes so that screening can be done smoothly and the areas used for this aren’t crowded.

“All other flights will operate normally. Flights bringing back Indians from highly-affected nations will continue to be attended at isolation bays as is being done,” a second airport official said on condition of anonymity.

The government has imposed mandatory 14-day quarantine for all passengers from countries such as China, South Korea, the UAE, Qatar, Oman and Kuwait, irrespective of their medical condition.

Shortly after these rules were put in place, external affairs minister S Jaishankar conducted an inspection at Delhi airport late on Tuesday evening. He tweeted, “India works because countless Indians do. Night or day, rain or shine. Went tonight to meet our immigration, health, security and airport officials @DelhiAirport who are responding to #COVID challenge.”

The Delhi airport operator, DIAL, said it is taking precautions to ensure hygiene and passenger safety. “While passengers are being encouraged to resort to online check-ins as much as possible, the self check-in kiosks installed inside terminal buildings at the airport are also being frequently cleaned. Self check-in equipment and trays at the security check area for departing flights are also being regularly cleaned with disinfectants,” DIAL said.

It said several alcohol-based hand sanitiser stations have been set up around the airport and separate baggage belts are allocated in a segregated area for flights arriving from high-risk countries.

“While bags are being picked up from the baggage belts only by the respective passengers, separate immigration counters have also been allocated for flights originating from select countries. Staff to help passengers navigate through the screening process has also been deployed,” DIAL said. Egypt Has Unearthed 160 Ancient Coffins Since September. Some Were Sealed...