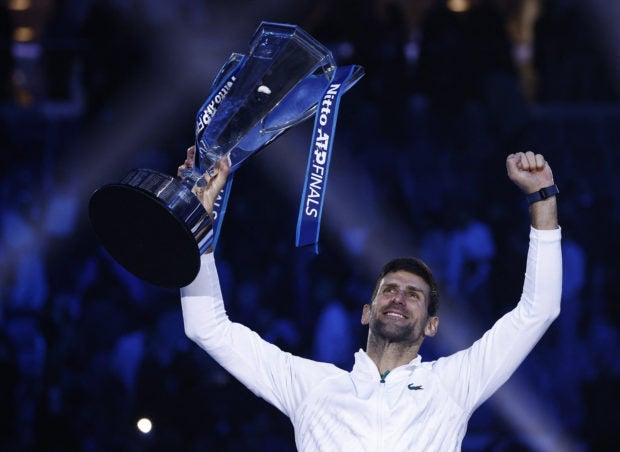 TURIN, Italy—Novak Djokovic said there is no “end zone” for his career after becoming the oldest ATP Finals champion on Sunday, matching Roger Federer’s record six wins at the season-ending tournament.

“There is no end zone, as they call it in American football. I don’t feel I have thoughts or ideas about how I want to end my career,” the 21-times major winner told reporters.

“I don’t know what the future holds, but I know that what I hold in my mind is a huge hunger still to win trophies, make history of this…

Microfibres that pollute the seas are floating homes for bacteria

Gold regains some ground helped by pullback in US dollar