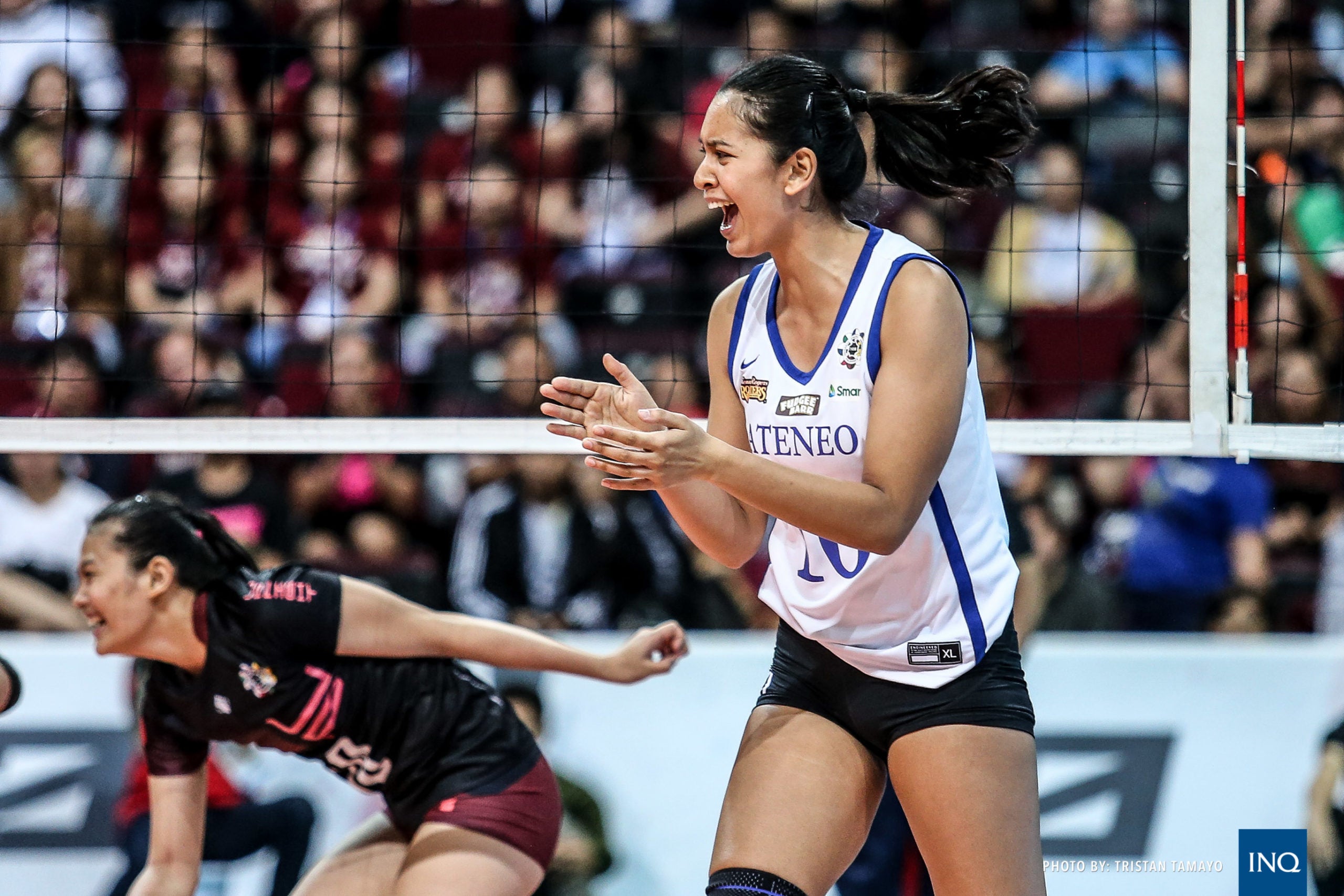 By all accounts, it was an easy win for Ateneo. So routine, in fact, that the Lady Eagles’ victory yielded the spotlight—at least in terms of drama—to two stunning upsets that marked the second day of UAAP volleyball competitions.

But don’t tell that to Kat Tolentino.

The 6-foot Tolentino felt Ateneo struggled in trying to recapture the sharpness and form that the Lady Eagles flaunted in winning last year’s crown.

“I’m grateful for the win but there’s a lot to be fixed,” said Tolentino after scoring a game-high 15 points on Wednesday in Ateneo’s 25-13, 25-17, 25-23 victory over University of the Philippines at Mall of Asia Arena.

On top of her list of concerns was the way the Lady Eagles let the Lady Maroons regain a semblance of confidence in the third set.

“I was telling [my teammates] to finish [UP] already,” Tolentino said. “The third set [should be] the last one. I knew we didn’t want to extend the game anymore.”

“I told them to have no mercy basically,” she added.

But that wasn’t even the biggest upset of the day.

“I can’t believe it; I don’t want to cry,” said an ecstatic Louis Gamban, who marked his Maroons debut with 10 points, including four straight late in the third set.

“I just want to exceed the coaches’ expectations of me,” added Gamban, a recruit from Perpetual Help.

“We just wanted a good start. And it happened to be against a tough team like Ateneo,” said UP men’s coach Rald Ricafort, who is out to banish the Maroons’ losing culture.

“Today we didn’t think of our long history of losing and instead focused on executing the plays we learned in practice,” he said.

The Lady Bulldogs, who also performed poorly last season, got a big lift from Congolese rookie Margot Mutshima, who speaks very little English. She let her game do the talking instead, finishing with 23 points in her first taste of UAAP action.

“I’m very happy. We win,” said Mutshima, the 6-foot-2 open spiker who scored 20 of her points in attacks.

NU also got 19 points from Ivy Lacsina and 17 from Risa Sato, who came back to the fold after skipping the last season.

Eya Laure, who led the Tigresses with 20 points, said a breakdown in communication in the fifth set spelled UST’s doom.

“Hopefully we can work on it in the next games,” Laure said. “We should be more consistent in communication and maintain our level of confidence.”