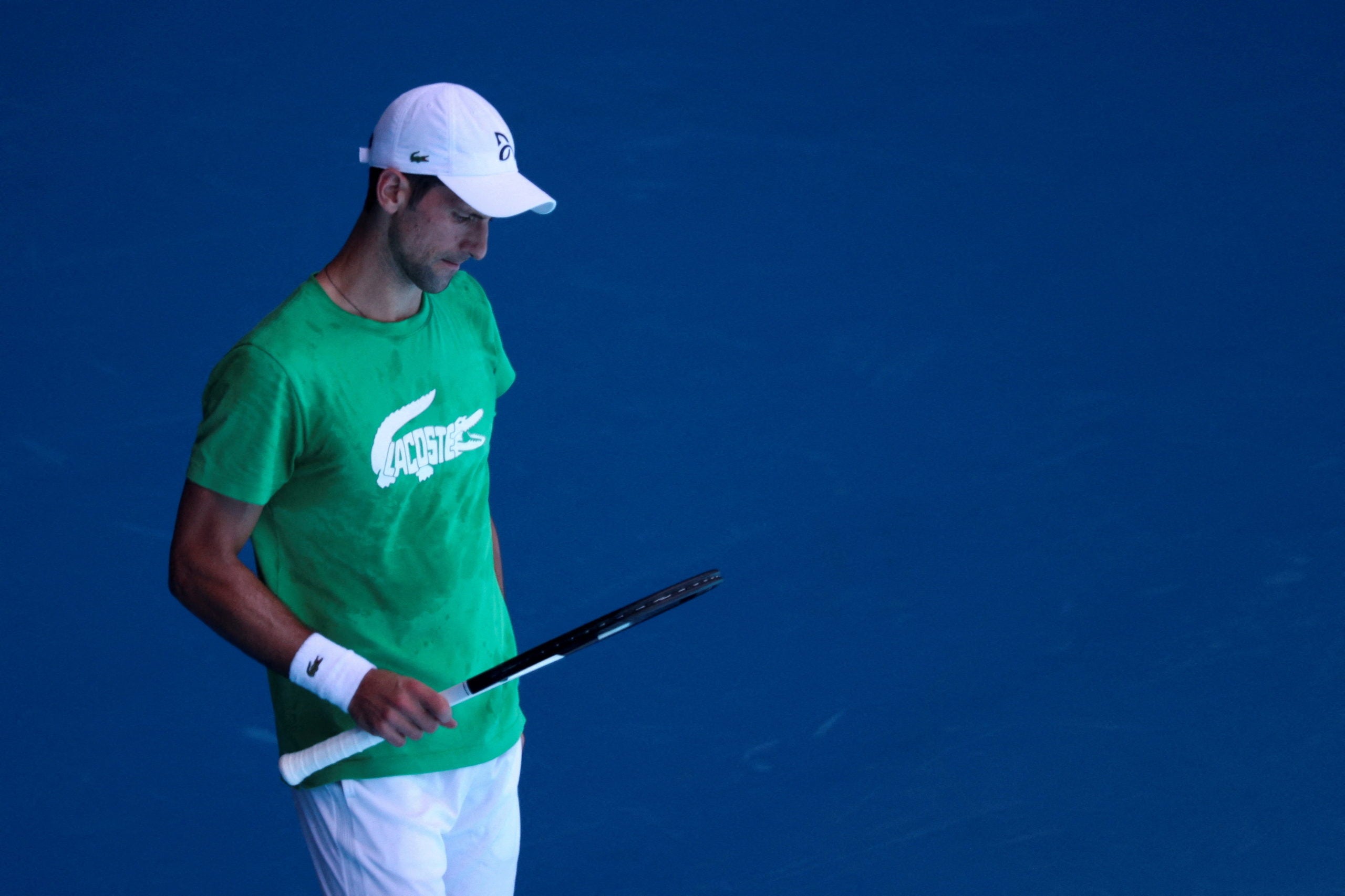 FILE PHOTO: Serbian tennis player Novak Djokovic practices at Melbourne Park as questions remain over the legal battle regarding his visa to play in the Australian Open in Melbourne, Australia, January 13, 2022. REUTERS/Loren Elliott

MELBOURNE—Unvaccinated tennis star Novak Djokovic on Friday asked an Australian court to block his deportation ahead of the Australian Open after the government canceled his visa for the second time over COVID-19 entry regulations.

The world tennis number one, bidding for a record 21st Grand Slam trophy in defending his Australian title, had been told on arrival on Jan. 5 that his visa, granted on the basis of a medical exemption from a vaccination requirement for…

Wimbledon: Andy Murray in a race against time to be fit...

US Open: Matthew Fitzpatrick hails maiden major win as ‘out of...

Has Nitish Kumar set his eyes on PM’s post? | India...

US government ramps up effort to put in place 'too hot...

Drake Shades The Tattoo His Dad Got Of His Face –...