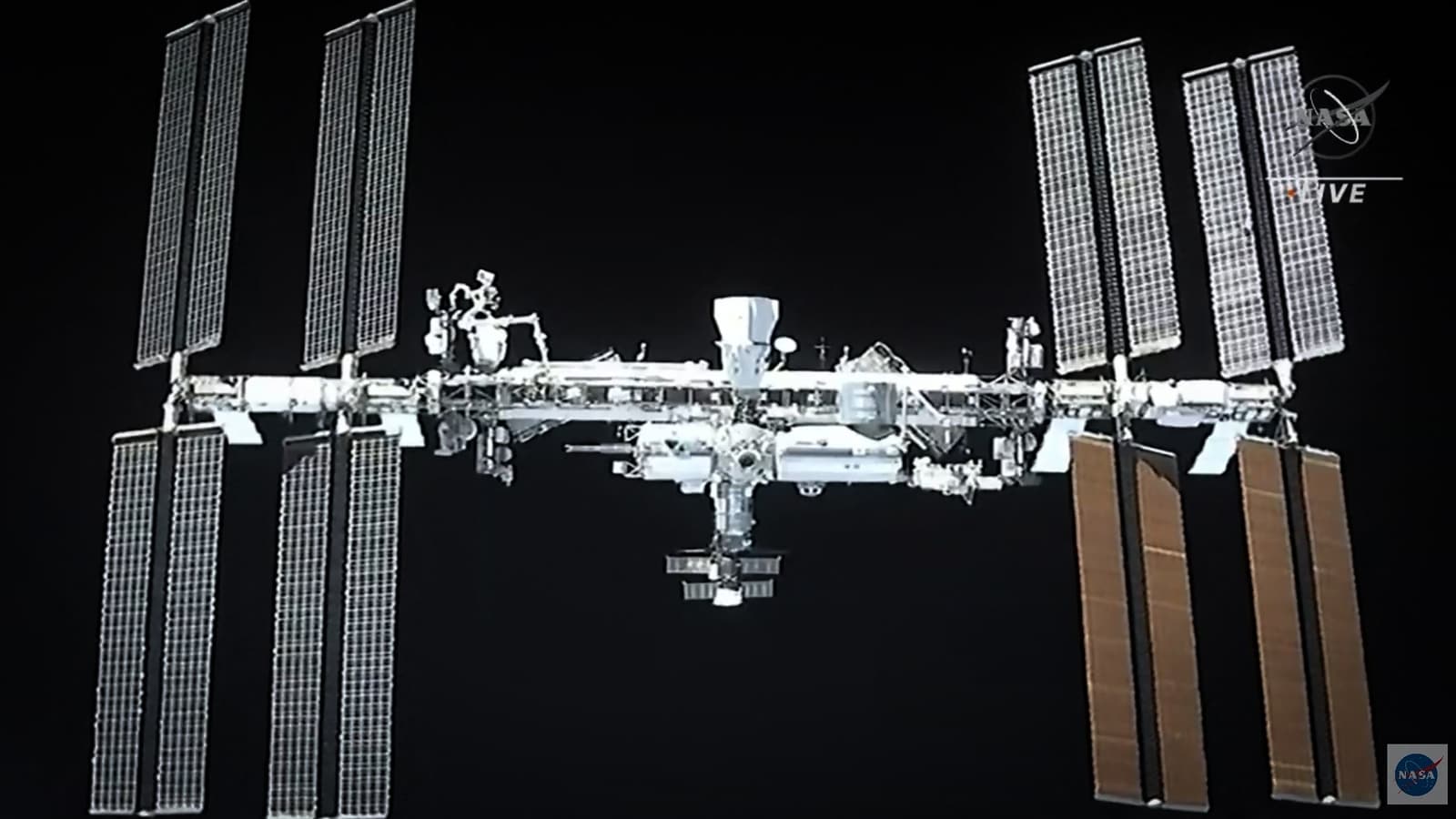 A recycled SpaceX capsule carrying four astronauts arrived at the International Space Station on Saturday, the third high-flying taxi ride in less than a year for Elon Musk’s company.

The Dragon capsule docked autonomously with the orbiting outpost more than 260 miles (420 kilometers) above the Indian Ocean, a day after launching from NASA’s Kennedy Space Center.

The new arrivals — representing the U.S., France and Japan — will spend six months at the space station. They’ll replace four astronauts who will return to Earth in their own Dragon capsule Wednesday.

It was the first time two SpaceX crew Dragons were parked there at the same time — practically side by side.

“We are so excited to have you aboard,” radioed the space station’s commander, Shannon Walker.

Although this was SpaceX’s third crew flight for NASA, it was the first to use a vehicle that’s flown before, an essential part of Musk’s push to the moon and Mars. The Dragon capsule was used for SpaceX’s first crew launch last May, while the Falcon rocket soaring Friday hoisted crew two in November.

NASA astronauts Shane Kimbrough and Megan McArthur — the commander and pilot of the returning Dragon — monitored their capsule’s flat screen computers as the space station loomed ever larger. They could have taken control if necessary, but the autonomous system did its job, much like a self-driving car.

Also checking into the space station: France’s Thomas Pesquet and Japan’s Akihiko Hoshide. Both have lived there before, as has Kimbrough. It was the first station visit for McArthur.

McArthur flew to the space station in the same seat and the same capsule — named Endeavour — as her husband, Bob Behnken, did on SpaceX’s debut crew mission.

For the next four days, the space station will be home to 11 astronauts, just shy of the record of 13 set during NASA’s space shuttle era. The current population includes six Americans, two Russians, two Japanese and one French. It will shrink by four on Wednesday when three Americans and one Japanese depart for home and a splashdown in the Gulf of Mexico.