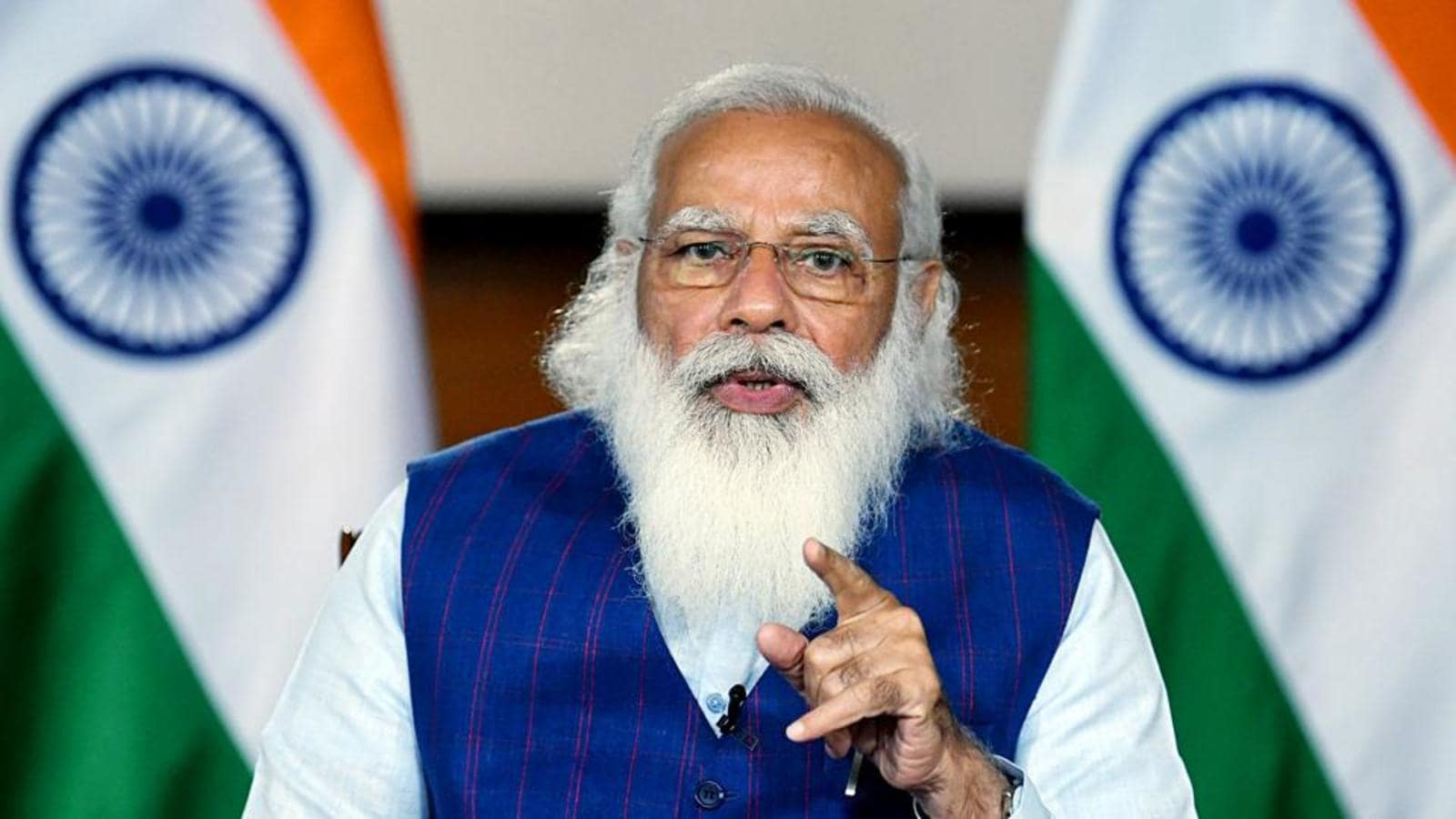 Prime Minister Narendra Modi on Saturday reiterated the need for Covid-19-appropriate behaviour and increased vaccination against the disease while hoping both urban and rural India would win the fight against the virus and help the country overcome the crisis it faces amid the second wave of the pandemic.

Speaking at the virtual launch of the distribution of e-property cards to over 40,00,00 property owners under the Centre’s SMVITA scheme on the National Panchayat Day, Modi thanked rural India for its cooperation in preventing Covid-19 transmission in the villages. He said Panchayat leaders need to work again to stop the spread as India faces a much bigger challenge this time.

The second pandemic wave has led to a scarcity of critical resources such as oxygen and medicines as rising infections have overwhelmed hospitals across the country.

Modi, who was addressing Panchayat leaders across the country virtually, referred to India’s year-long experience in tackling the virus spread and added local leaders should use this to spread awareness among the masses and stop the Covid-19 spread. He asked the leaders to ensure the people in villages get the double Covid-19 vaccine dose.

Modi called the Panchayati Raj Day a very important occasion to recognise the achievements of local governments. He added that the day was remarkable in India’s history as million would get property cards. Modi said the SMVITA scheme was aimed at fast tracking development, which will be possible only with the full support of the Panchayats.

Modi spoke about the Garib Kalyan Rozgar scheme launched in 2020 for migrant workers forced to return to their homes following the lockdown imposed last year to check the pandemic spread. “The government of India has already initiated the free distribution of the food to the poor, and this would benefit over 800 million,” said Modi.

Modi called it the responsibility of local leaders to promote democracy at the grassroots level and also asked them to look for new ways to develop each village. He referred to the SMVITA scheme and added property ownership rights will create a sense of security among the rural people. “This would end all the quarrels that used to take place over the issues of property rights and would end corruption and persecution of Dalits.” He added e-property cards will make more people eligible for bank loans to invest in making their lives better.

Modi asked banks to formulate a format for these e-property cards and added citizens, who have procured them, should be facilitated with easy loan processes. He added a geographical drone survey being done under SMVITA has made village maps available to Panchayats.

“This should serve as a framework for future course of development of the villages and Gram Panchayats should make full use of these maps.” Modi asked district administrations to launch awareness programmes in villages to educate the rural people on how to use e-property cards. He said the Centre was committed to developing rural India and Panchayats were empowered to look after various central initiatives such as ensuring safe drinking water supplies.

Modi said for the first time in India’s history, over two lakh crore rupees were directly sent to Panchayats. He said Panchayats should come up to the expectations of the Centre and utilise these funds for quality infrastructure in every village.

Modi said the Centre has devised an online system to audit the work of Panchayats to ensure that quality work is done in villages. He asked all Panchayats to connect to this audit system sooner. “There is no doubt that there are challenges in the development of India but with a goal and a timeline, India can and will overcome these challenges.”