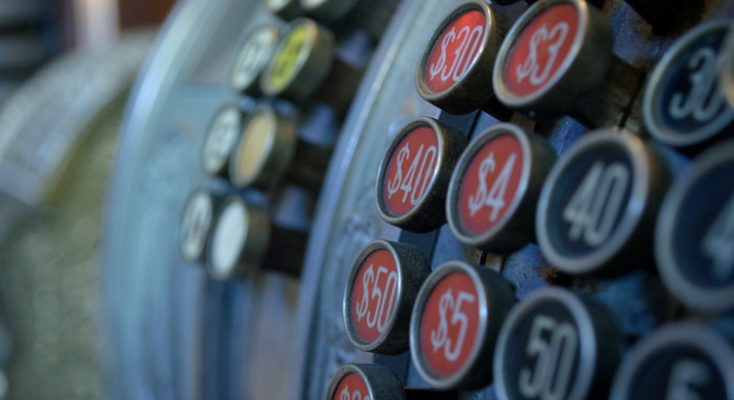 While I tend to stay away from product news, Podium’s decision to add payment technology to its service hit a number of themes that we’ve recently explored, like the rise of payments technology players (Finix, for example) and how it is increasingly common to see fintech and finservices solutions find their way into new places.

And Podium is one of SaaS’s fastest growing companies. Cribbing from some prior reporting, Podium’s ARR grew reached roughly $30 million at the end of 2017. It expected to reach $60 million by the end of 2018, and had $100 million in its sights for 2019. Those figures, collected in November, are now decidedly out of date. But they illustrate how quickly Podium was growing before it added payments to its arsenal.

I wanted to dig into the news, so I emailed with Eric Rea, the company’s CEO. What follows is an email exchange (due to scheduling difficulties). We’ll chat after about what was said.

TechCrunch: Did Podium build out its own payments tech or does it employ third-party tech like Finix?

Podium: Podium has a great relationship with Stripe, a fellow Y Combinator company, which was partnered with our own technology to make it work best for our customers. This was key in order to create a payment tool that actually works in the kinds of businesses we work with. [The] majority of businesses who operate from a physical location, from dentist offices and home services companies to larger retail stores, have very specific needs that haven’t been met by traditional card present or POS systems. As a result, many of them rely on mailing paper invoices or awkward conversations where someone gives their card info over the phone. Putting Podium’s platform technology alongside Stripe’s best-in-class processing tech was able to finally meet this need for the companies that create roughly a third of the US non-farming GDP.

TechCrunch: Does the majority of the economics (profit/margin) from the payments product accrue to the Podium client, or Podium itself?

Podium: The genius behind this product is just how immense the economic impact is for these companies. For many of them, they are able to create a whole new convenient way to serve their customers through conversational commerce, and in doing so, they are able to be more successful.

One of our major furniture retailers that participated in the beta of Payments told me about how there has been a completely new selling motion that has opened up for their stores through this product. One of their biggest leaks was when customers would come in and look at a couch or dresser, but didn’t know if dimensions would work in their home. Once they left, there was a steep drop off getting them back into the store to actually make the purchase.

Now, with Payments, they are able to give all the info to their customer, have them check it out in their home and then text them if it works or not. They can then use Payments to collect payment in the very same text conversation and the delivery crew can complete the purchase all in the same day without having the customer return to the store. So it’s not just shifting where they are processing their payments, but opening up new revenue that they would never have had before they started using Payments.

Then consider the ancient process that businesses are still using who invoice for services, like a dentist or a home services provider. Majority are still using mailed statements and invoices or phone conversations. Believe it or not, the expenses for these are immense. Not only that, but the turnaround and success rates are abysmal, meaning these businesses have to wait weeks to months in order to receive payment, if at all. With Payments, it is as quick as a seamless text.

In our beta, Payments tripled the conversion rates over invoices and reduced employee workload related to payment by 80%. In healthcare, for example, 40% of customers send payment within 48 hours. To get that same level through their legacy operations, it would take 14 days to get to that point. The economic impact on that speed and completion is astounding for these businesses.

On the processing, Podium sees the profit on the transaction cost.

TechCrunch: Does Podium anticipate that payments will provide material revenue over the next 18 months? 36?

Podium: Yes. We see this as being the second major phase of the Podium platform. We have been proud to have created one of the fastest growing SaaS companies in history through our existing products. We have 43,000 businesses currently using Podium, and one of the biggest things they have all been telling us is how much they need a tool like this. Just in our existing customer base and verticals, they are creating more than $100B in gross processing volume annually in payments that are better suited to be done through this tool.

TechCrunch: How long did it take to build out the tech?

Podium: This product actually took the longest of all of our products to develop, given the unique expectations and requirements it took on the technology side. This product has been about a year in the making. When it comes to the business of making money and us being the facilitator of that, we take it very seriously to ensure the tool is secure and stable.

TechCrunch: What percent of Podium customers are good candidates to use the tech?

Podium: Almost universal. We gave a lot of intention behind making this a tool that would work across market verticals so that our customers could provide a better experience for their customers and get paid faster at the same time.

TechCrunch: What is the fee and cost structure?

Podium: We charge a flat rate for processing, which is intentional to allow transparency and consistency in their fees.

It’s not a surprise that Podium is taking the economics of the payment processing (with Stripe doing well at the same time). This means that Podium’s business itself will grow thanks to its addition.

At the same time, the clients using Podium’s platform also do well. If the feature can assist as many companies as Podium expects, then it could help a host of small, local firms boost their sales by improving their respective close rates. Even merely faster payments could help smaller shops better manage their cash flow.

So this feels a bit like a win-win. And it goes to show that the addition of payments to other bits of tech is more than hype (Finix will like that). Instead, it feels like adding the ability for transactions to flow directly through one’s platform is going to rise in popularity. Podium is not the first to the trend, and it won’t be the last. But it is a company that could accelerate the trend thanks to its scale and, so far at least, success.

What we’d love to see, frankly, is an S-1 from Podium this year; that would allow us to better dissect its business. Now at least we’ll have one more thing to look for when we do get the document.