Former chief minister of Delhi and Delhi Congress president Sheila Dikshit passed away in Delhi on Saturday at the age of 81 after a long illness.

She was undergoing treatment at the Escorts Hospital. The three-time Delhi CM had suddenly got sick in the morning and was admitted to the hospital, where she breathed her last. Dikshit was the longest-serving chief minister of Delhi, serving between 1998 and 2013. Prime Minister Narendra Modi has said that he is “deeply saddened” by the news. He called Dikshit a “warm and affable personality”.

Deeply saddened by the demise of Sheila Dikshit Ji. Blessed with a warm and affable personality, she made a noteworthy contribution to Delhi’s development. Condolences to her family and supporters. Om Shanti. 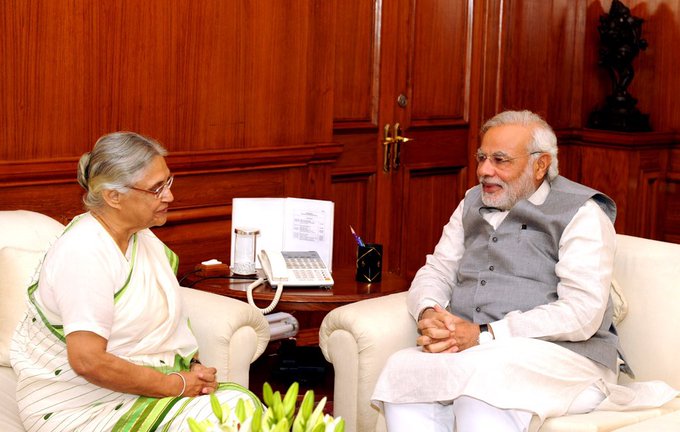 The Indian National Congress said, ”We regret to hear of the passing of Sheila Dikshit. Lifelong Congresswoman and as three-time CM of Delhi, she transformed the face of Delhi. Our condolences to her family and friends. Hope they find strength in this time of grief.”