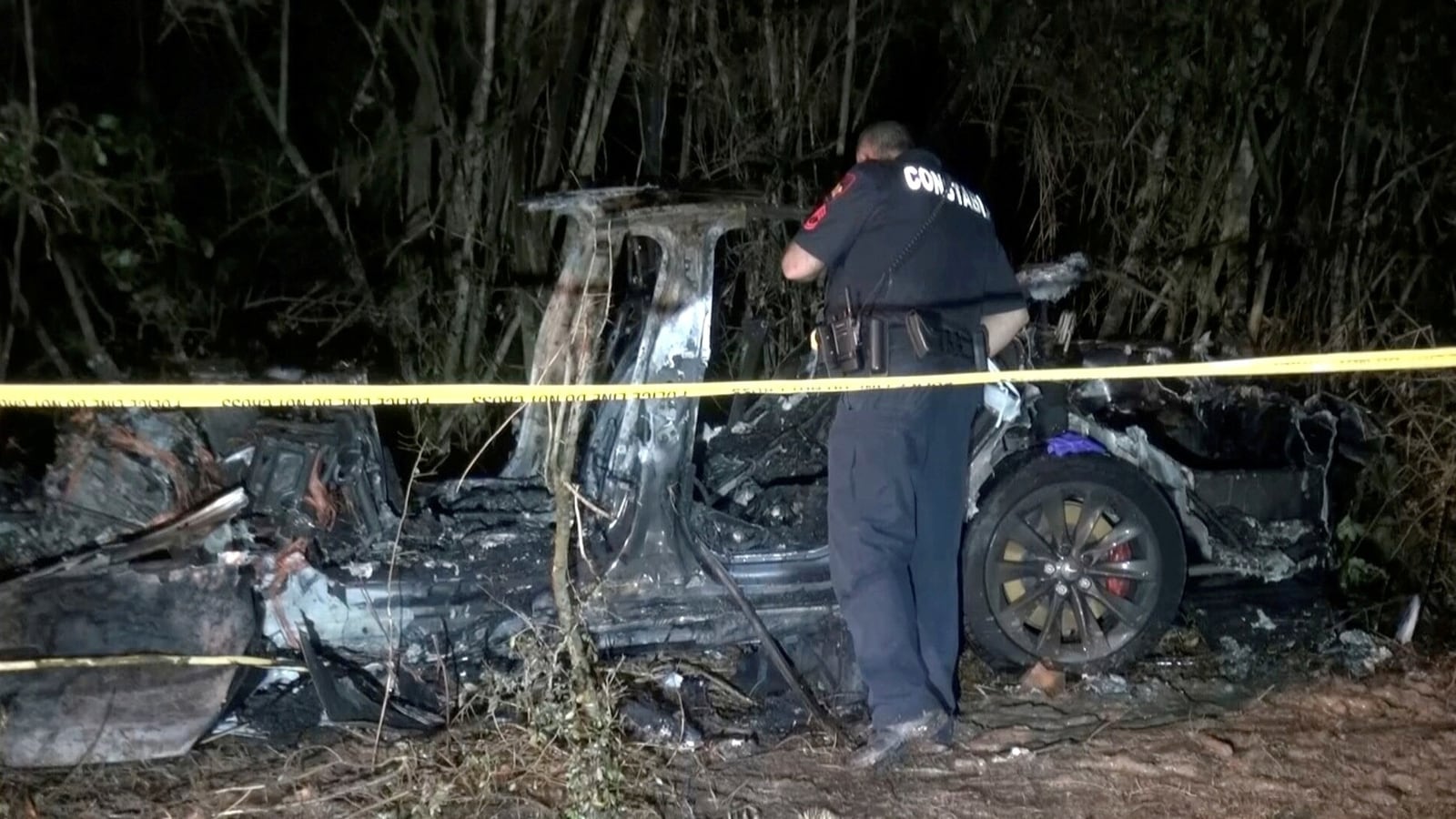 Tesla said Monday scrutiny of wreckage from a fatal crash in Texas indicates that someone was at the wheel, contrary to an early report that the driver’s seat was empty.

During an earnings call, the electric car maker defended itself anew against a report that a Tesla had been fooled into driving with no one behind the wheel, with tragic results.

“It was claimed to be autopilot, but this is completely false,” Tesla chief Elon Musk responded while fielding questions.

Tesla has been working with federal and state investigators, and a study of the wreckage indicated there was someone at the wheel at the time of the impact, according to vice president of vehicle engineering Lars Moravy.

“We were able to find that the steering wheel was indeed deformed, leading to a likelihood that someone was in the driver’s seat at the time of the crash,” Moravy said on the call.

Tesla’s auto-steer feature was not engaged, and all the seat belts were found to be unbuckled after the crash, according Moravy.

Tesla came under renewed scrutiny last week following a report its cars could be fooled into driving with no one behind the wheel, with two senators demanding a vigorous federal probe of the crash.

The accident, which killed two people, involved a Tesla Model S that caught fire after hitting a tree late on April 17 near Houston. Investigators found no one in the driver’s seat of the vehicle, local police said.

The developments added to questions about the high-flying electric car maker led by the mercurial Musk, who said last week that data logs show Autopilot was not engaged during the Texas crash.

On its website, Tesla describes Autopilot as a driver enhancement system that, despite its name, requires a human operator.

“Autopilot enables your car to steer, accelerate and brake automatically within its lane,” the website says. “Current Autopilot features require active driver supervision and do not make the vehicle autonomous.”

But engineers from Consumer Reports “easily tricked” Tesla’s Autopilot to drive without anyone in the driver’s seat, “a scenario that would present extreme danger if it were repeated on public roads,” the magazine said on its website last week.