With all the scary news these days, you need to be prepared for one more unwelcome announcement:  the BLOB is back and its impacts are already apparent. 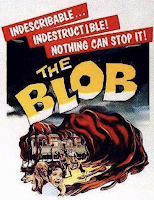 During the last week in March, there was warmer than normal temperatures offshore, but near normal just off of the entire West Coast. 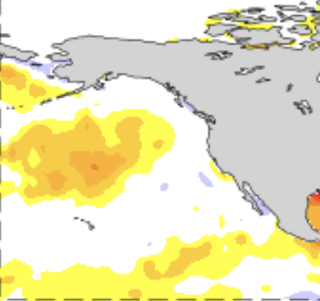 By late April, the warm blob had strengthened considerably, with an extension reaching the California/Oregon coast. 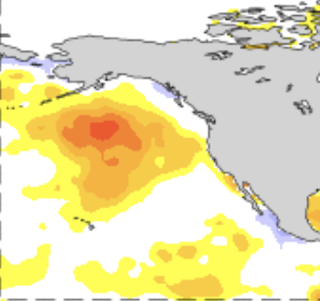 And last week, the warmth really surged up and down the West Coast, including off the Washington Coast, which was roughly 1-1.5C (2-3F) above normal 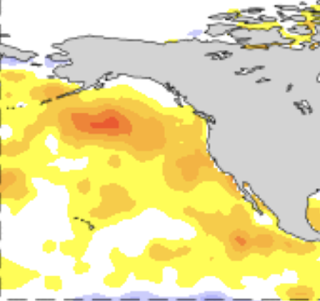 From past experience, we have learned that warmer than normal Pacific ocean temperatures tend to increase the minimum temperatures west of the Cascade crest.  If you are leaving in western Washington, western BC or western Oregon have you noticed the morning warmth?

If not, let’s check it out!    Here is a plot of  the temperatures at SeaTac Airport for the last 12 weeks (red line), with the normal highs (purple line) and lows (cyan line) also shown.  During the past month, the low temperatures have rarely declined to the normal lows, being around 3F above normal.  You don’t see that behavior back in March.

Quillayute, on the northern Washington coast, shows the same warm minimum…just more so.  That makes sense–it is right near the Ocean.

In contrast, moving over to eastern Washington, where the marine influence is weaker, shows far less impact of the warm water, as illustrated by the temperatures at Walla Walla.

As long as the BLOB-related warm water along our coast sticks around, our minimum temperatures each day will be several degrees above normal.  Being BLOB-savvy I took advantage of its moderating effects and put in my tomato plants early.  They are quite happy and growing well.

How long will the BLOB last?   That will be a topic of a future blog! 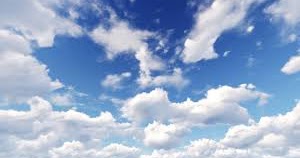 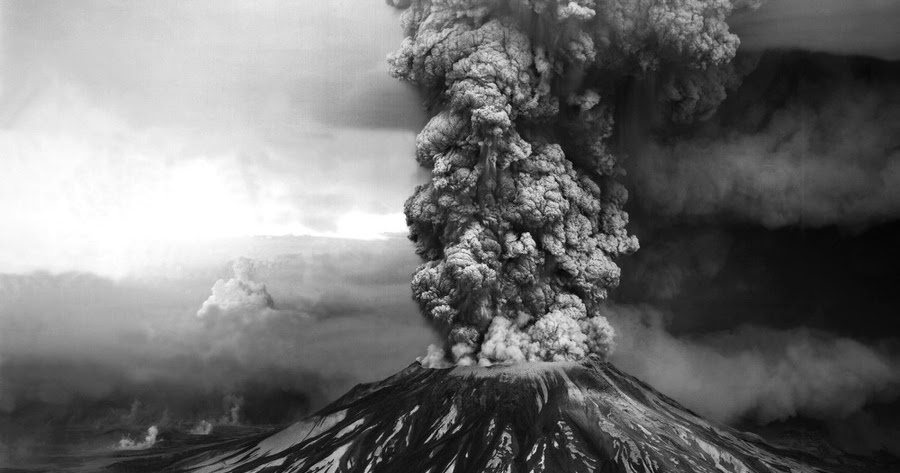 What were the local weather impacts of the eruption of Mount St. Helens? 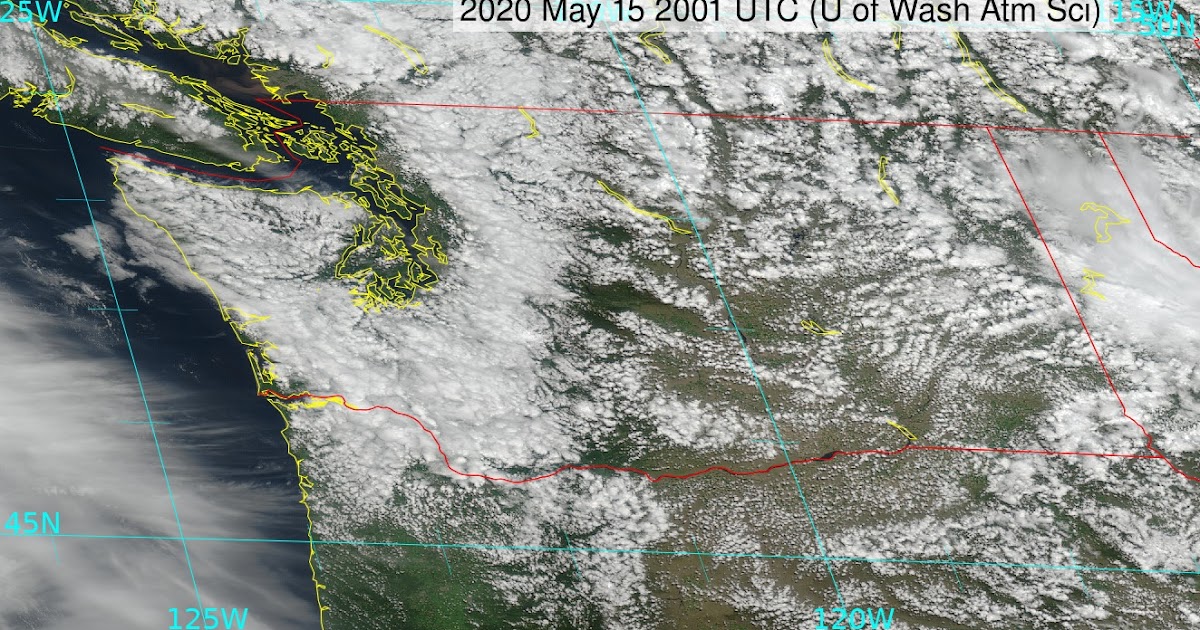 Why are clouds afraid of Puget Sound and Lake Chelan?