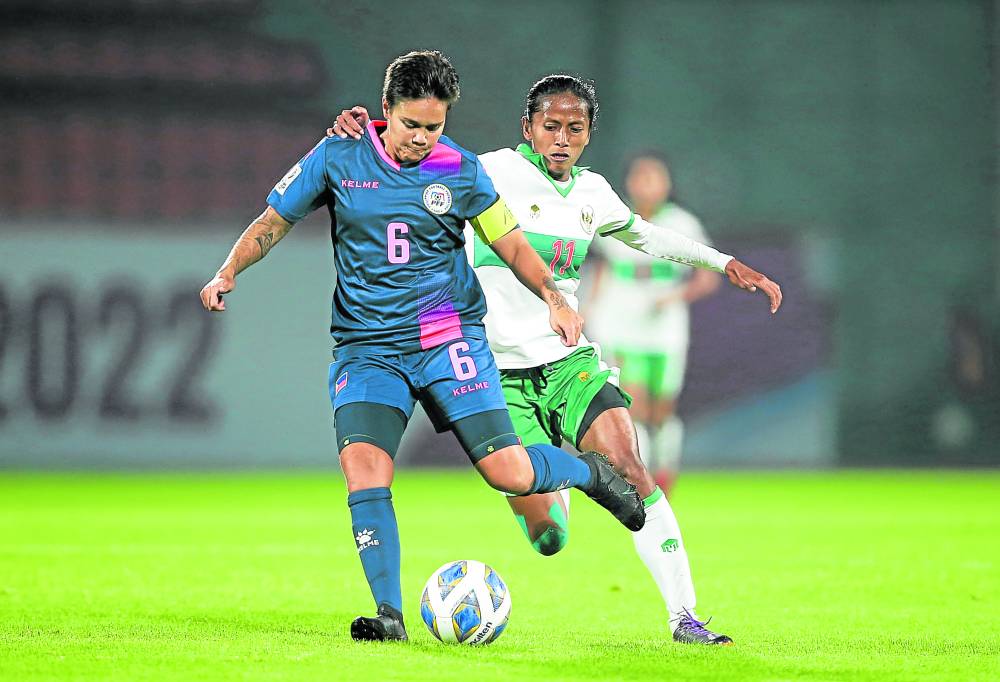 Coach Allen Stajcic can’t help but marvel at the pages of history the Philippine women’s football squad has been writing in the Asian Football Confederation Women’s Asian Cup in Pune, India.

“The team just keeps on raising the bar,” Stajcic said after the Filipinos crushed Indonesia, 6-0, late Thursday evening at Shree Shiv Chhatrapati Sports Complex. “Every time you do something new and create a bit of history, it’s a new ceiling for the team and the country.”

And he can easily rattle off the ways the team keeps pushing that ceiling higher.

The Chinese film beating Bond and Marvel at the box office

BBC’s Rainsford can return if Russian journalists gets UK visas –...