In a quick reply to an Indian request submitted late last year, the State Department said it was informing the US Congress as legally required that it was giving the green light for India to buy the 24 helicopters worth a total of $2.6 billion.

The United States said had approved the sale of 24 MH-60R helicopters to India, significantly boosting its emerging ally’s firepower to target submarines as China expands in the Indian Ocean. In a reply to an Indian request submitted late last year, the State Department said it was informing the US Congress as legally required that it was giving the green light for India to buy the 24 helicopters worth a total of $2.6 billion. The DSCA submitted its certification notifying the U.S. Congress of the possible sale, kicking off a 30-day notification period. Congress is not required to approve or disapprove the potential sale. If it simply takes no action for the 30 day period, the sale moves forward. “The proposed sale will provide India the capability to perform anti-surface and anti-submarine warfare missions along with the ability to perform secondary missions including vertical replenishment, search and rescue, and communications relay. India will use the enhanced capability as a deterrent to regional threats and to strengthen its homeland defense.” This proposed sale will support the foreign policy and national security of the United States by helping to strengthen the U.S.-Indian strategic relationship and to improve the security of a major defensive partner which continues to be an important force for political stability, peace, and economic progress in the Indo-Pacific and South Asia region.”

India was granted the unique Major Defence Partner (MDP) designation in 2016 by the Obama administration — a step towards India accessing U.S. military technology at a level on par with those of the U.S.’s closest allies. India was then given Strategic Trade Authorisation-1 (STA-1) status by the U.S. in August last year, the third Asian country after South Korea and Japan (and 37th country globally) to acquire it. This was to further facilitate the transfer of technology in the defence and space sectors. India also signed the Communications Compatibility and Security Agreement (COMCASA) agreement with the U.S. The sale comes on the heels of a few weeks of heightened tensions between India and Pakistan that began with an attack on an Indian security convoy in Pulwama, Jammu and Kashmir, on February 14. Once the process passes through the notification period without any hitches, the U.S. government will respond to India with a Letter of Offer and Acceptance (LoA). The LoA usually expires in 60 days (extendible), before which the purchaser, India in this case, needs to make an initial deposit, failing which the offer expires. The statement also said that the sale will not alter the “basic military balance in the region”. This is, however, common language for such process notifications and not India or South Asia specific. This is also language that is found in U.S laws. 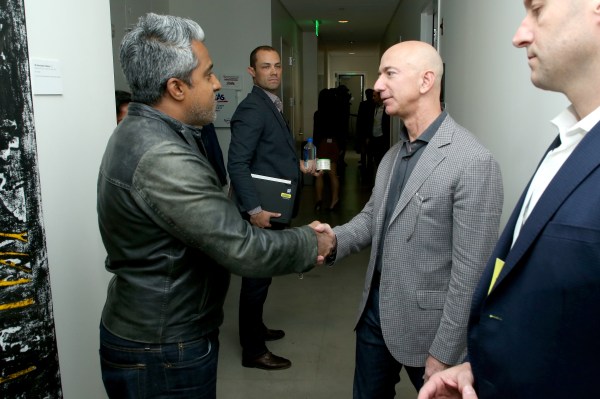 “Are they even on the same team as us?” – TechCrunch

“Are they even on the same team as us?” – TechCrunch