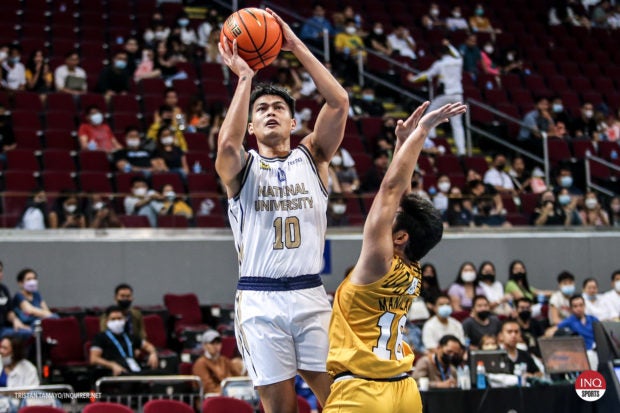 MANILA, Philippines — National University finally ended a seven-year Final Four drought, securing its place in the post-season after booting University of Santo Tomas out of contention, 67-57, in the UAAP Season 85 men’s basketball tournament on Sunday at Mall of Asia Arena.

The Bulldogs averted a lethargic first half and unleashed a 12-0 run down the stretch, capped by John Lloyd Clemente’s dagger trey from the corner for a 64-54 lead that practically sealed the Bulldogs’ first Final Four appearance since UAAP Season 78 in 2015.

Clemente poured in 19 points on 4-of-7 shooting from deep and also nailed three crucial free throws that set their final count.

The Growling Tigers led as many as 11, 36-25, midway through the second quarter and entered the break with a 36-29 advantage with Nic Cabanero…

Airbnb allows employees to live and work from anywhere

Ukraine’s day of missile strikes in a minute

Japan’s Hayabusa 2 spacecraft has brought back pristine gases from the...