King Tides represent unusually high water levels, which occur when the geometry of the sun and moon are just right.

But this year, the predicted tide got a major boost in Seattle, thanks to the atmosphere.

The previous record high tide in Seattle was 14.51 ft in December 2012.  We very well might have beat it.

The result was coastal flooding throughout the area. 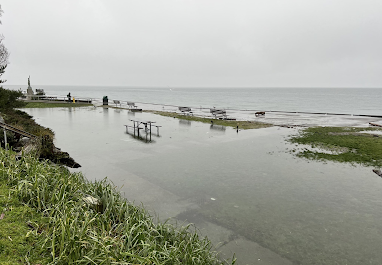 Near Alka Point that morning (courtesy of the West Seattle Blog).

Below is the predicted (blue) and actual (red) water levesl at Seattle from the NOAA Tide and Currents website since January 3.  Friday’s prediction (around 12.5 ft) was WAY too low (by about 2 feet).  (a red arrow…

Getting another shot | Inquirer Sports