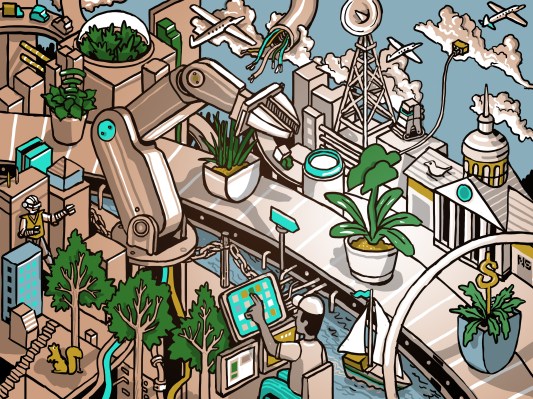 This morning Wunderite, a Boston-based software startup, announced that it has raised $3 million in an early-stage round led by Spark Capital.

Wunderite builds and sells software designed to help insurance agencies more rapidly process insurance applications, and automate some of their processes. With an industry-focus on insurance agencies while providing some API hooks, the startup fits into a number of startup trends, including vertical SaaS, developer-friendly tooling, and insurtech.

TechCrunch caught up with co-founders Peter MacDonald (CEO) and Joe Schnare (COO) about their company and its new investment. MacDonald previously worked for his family’s insurance business, while Schnare earned insurance experience by working for a large player in the market. The two met while at business school.

The pair told TechCrunch that most property and casualty insurance (car, pet, home, and other forms of popular coverage) is still sold by small and mid-sized agencies. That may surprise, but most of the United States is not the Bay Area, Austin, Boston, Chicago, Denver, or Seattle it turns out.

But while that market share point is good news for smaller insurance groups out there, it’s not great news for the staff of those firms as MacDonald and Schnare detailed that many are forced to work with archaic tooling. Like writing with their hands. Or email. A huge market — insurance is a monster industry — with a piecemeal competitive market and antiquated tooling could prove ripe for Wunderite, provided that it can reach a sufficient number of the companies that it hopes will comprise its revenue base.

Spark Capital’s Alex Finkelstein is bullish on the company’s chances. In a conversation with TechCrunch concerning the round, he expressed an interest in what he called “unsexy” business categories that feature extensive fragmentation and either outdated software, or no software at all. That is precisely Wunderite’s thesis.

Finkelstein thinks that such companies can build workflow tooling, grow themselves into being the data hub of their industry customers, leveraging that perch into an even larger enterprise. So he has big hopes for startup past its current product remit.

Today the startup is just seven folks — four in the United States, three in the Philippines — but expects to grow to 15 to 20 this year.

Finally, why did the company raise $3 million in a market when it seems that every round is ten times the size it might have been three years ago? The founders said that they are at the “early stages” of product-market fit, so they want to start building their sales team without overspending. Asked the same question, Finkelstein said that the company had outlined a series of milestones that it wants to meet, and that $3 million was the number it needed to reach them. At which point it can raise more capital at a higher valuation.

Wunderite — a portmanteau of the German word “wonder,” which means wonder or miracle, and “underwrite,” which is English for taking on risk in exchange for a fee — has the funds it needs to stretch its sales legs a bit and put more revenue points on the board. Let’s see how well it can scales its revenue operation with its new capital.